Troops of the Nigerian Army attached to 34 Artillery Brigade have killed a gunman identified as the Commander of the proscribed Indigenous People of... 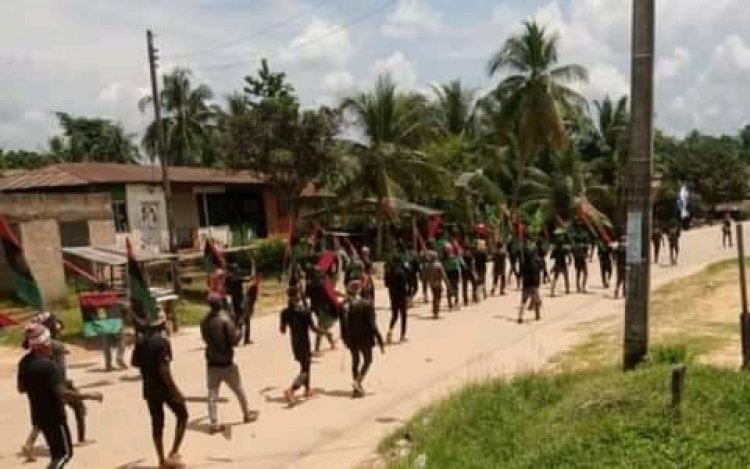 Troops of the Nigerian Army attached to 34 Artillery Brigade have killed a gunman identified as the Commander of the proscribed Indigenous People of Biafra (IPOB) in Imo.

The troops said they encountered members of the separatist group, who were firing sporadically at Banana Junction in Orlu Local Government Area of the state.

They were said to be enforcing their “illegal sit- at-home’’ order on law-abiding citizens.

Army spokesman, Brig.-Gen. Onyema Nwachukwu, explained in a statement in Abuja on Monday that the gunman was killed during a duel at Ihioma Community in Orlu.

Nwachukwu said on sighting the troops, the IPOB/ESN criminals withdrew in a blue Toyota Highlander towards Ihioma community for reinforcement.

“In the fire fight that ensued, one of the criminals was taken out, while others fled in disarray. Troops are combing the general area in a follow-up operation to track down the fleeing dissidents.”

“Having suffered casualties and effectively denied freedom of action by the troops, the group has resorted to cheap propaganda to whip up public sentiments.

“This, they have done by circulating a doctored video on social media alleging troops’ complicity in their mindless atrocities. This propaganda should be disregarded in its entirety,” the statement said.