The Military High Command has vowed to track down the recent killers of 21 people in three Local Government Areas of Benue State.... 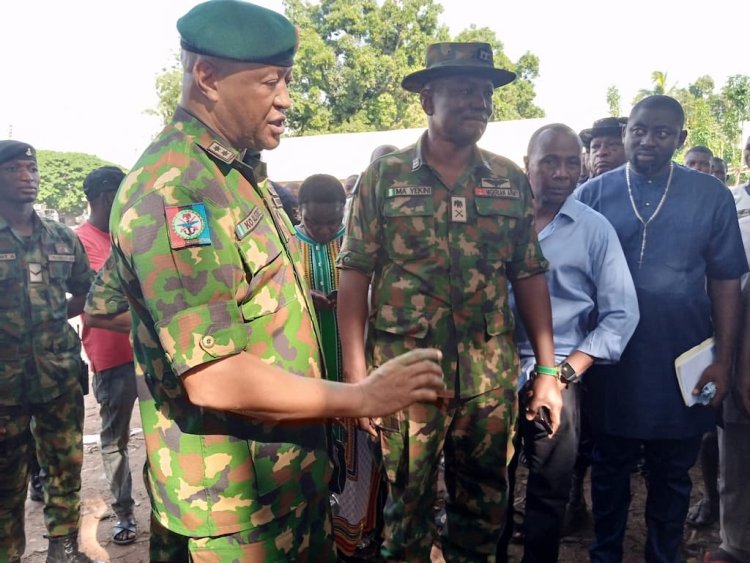 The Military High Command has vowed to track down the killers of 21 people in three Local Government Areas of Benue State.

Our correspondent reports that 21 people were killed early hours of Tuesday in attacks on villagers in Guma, Logo and Tarka LGAs of Benue.

Three more dead bodies were recovered in Tyotugh in Tarka LGA where 15 of the corpses were earlier discovered, bringing the numbers of causalities to 24.

Chief of Defence, Training and Operations, Defence Headquarters, Major General Adeyemi Yekini, has however  pledged the military’s commitment to find the perpetrators of the act.

He made the pledge when he paid an on the spot visit to scenes of the attacks.

“I’m here on the authority of the Chief of Defence Staff. He directed a team led by me to come here and find out what happened. I understand that 15 people or thereabout were killed in this community (Tyotugh). But as to who and who is responsible, to me, personally, is not herdsmen.”

“I was pioneer Commander of Operation Whirl Stroke OPWS and I spent three years in this general area. And I know that what we have here is actually bandits attack but it will not be proper to pin it down to herdsmen. Because this area is a bit far from the normal grazing route of herdsmen. In fact, most of the herdsmen that we have in Benue usually operate at the boundary areas between Benue and Nasarawa States.

“Tarka is far from the normal grazing route and I believe that herdsmen might not be responsible for this. But whichever group is responsible will be tracked down and neutralized. We will unmask which group did this, go after them That is why I’m here.

“All options are open. Our intelligence unit is working on it. But judging from my knowledge and working experience here, as I have said, I worked here for three good years and I can speak from experience. But like I said, our intelligence unit is working on it to unmask those who were responsible for the attack. And we will go after them decisively.

“The instruction is clear; track them down and kill them. The President has made it clear that anybody found with weapons should be killed and that instruction has been passed to me and I have passed same to the operations commanders to unmask these people and bring them to swift justice.”