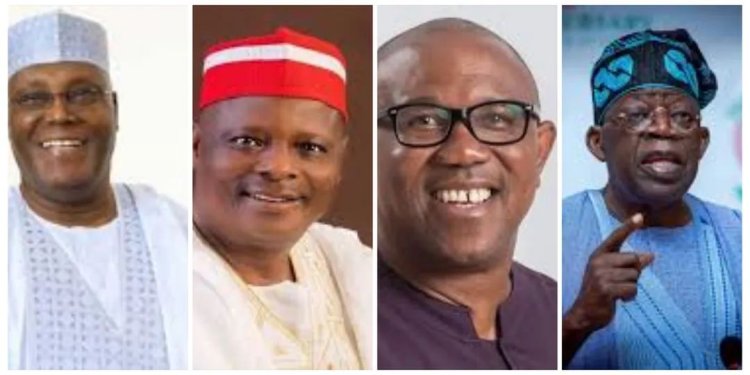 It has been quite a season for Nigeria and Nigerians. And no, I don’t mean the rainy season. I mean the pre-2023 general election season.

Starting with the obvious; the next President of the Federal Republic of Nigeria may very well be Atiku, Tinubu, Kwankwaso or Peter Obi. They are the major contenders we have so far.

Major winners of primaries so far

While Peter Obi decided to join the Labour Party and emerged its presidential candidate amidst rumours of a possible merger with Kwankwaso’s NNPP, Tinubu beat Pastor and White Lion to clinch the All Progressives Congress presidential ticket.

Delegates at the PDP Convention, 2022

There were ‘alleged’ coaxing of delegates that cost contestants huge amounts – in dollars. Will it be safe to say delegates are the latest big men in town?

Aside from losers of presidential primaries, there were other aspirants who got political ‘flogging.’

Among them was Bashir Ahmed, former P.A to President Muhammadu Buhari, who lost the APC ticket to the House of Representatives.

Then, they confused us with Banky W and the House of Reps ticket at Eti Osa, Lagos. Did he win? Didn’t he win initially?

They eventually had to vote again and hopefully, no one will say he didn’t win in the near future.

Machina in Yobe was not so lucky. After clinching the senatorial ticket for Yobe North at the primaries, Senate President Ahmad Lawan who lost at the APC presidential primaries came back to demand the ticket for the same senatorial district. Obviously, he is not ready to quit being a ‘landlord’ at the National Assembly after 23 years.

And in the true Nigerian spirit, his name appeared on the list submitted to INEC, while Machina’s name was omitted. Is this legal and morally right? We don’t know.

What we do know is that we may have a female governor come next year! Mama Taraba of blessed memory set the pace and now we have Binani of Adamawa clinching the gubernatorial ticket of the APC in Adamawa.

We also had the Ekiti gubernatorial election where Biodun Ayobami Oyebanji emerged the most preffered candidate.

Was there vote buying? We leave that to you to comment on.

It is surely an interesting season for Nigeria and Nigerians. We look forward to 2023.
Cheers.

Dhul-Hijjah: Sultan Directs Muslim To Look Out For New Moon