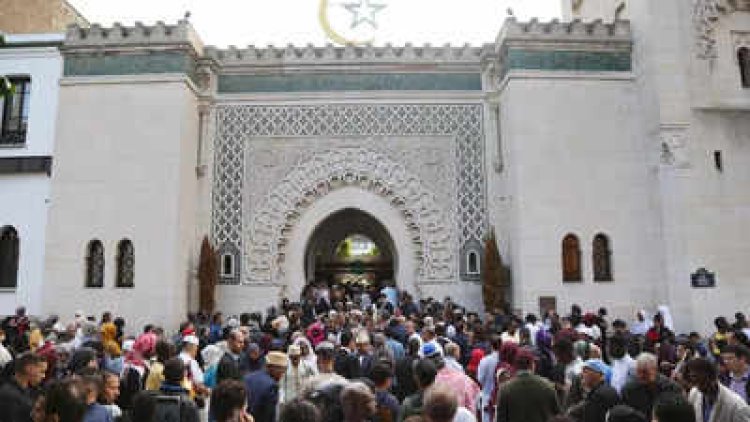 The mosque in Beauvais, a town of 50,000 people some 100 kilometres (62 miles) north of Paris, will remain shut for six months, according to the prefecture of the Oise region where Beauvais is located. (AFP photo)

Sefen Guez Guez, the lawyer of the association of the Al Farouk Mosque, said on Wednesday that the Bordeaux Administrative Court annulled the Gironde Governorate’s March 14 decision to close the mosque for six months.

He noted that the court’s decision was a step against the “unfair” closure of mosques in recent years, adding that Muslims can come together in the mosque.

The Al Farouk Mosque in the Pessac district near the city of Bordeaux was closed for allegedly defending “radical Islam” and “spreading Salafist ideology”.

In August, France’s highest constitutional authority approved a controversial “anti-separatism” law that has been criticised for singling out Muslims, striking down just two of its articles.

The bill was passed by the National Assembly in July despite strong opposition from both rightist and leftist lawmakers.

The government claims that the law is intended to strengthen France’s “secular system”, but critics believe that it restricts religious freedom and marginalises Muslims.

The law has been criticised for targeting France’s Muslim community – the largest in Europe, with 3.35 million members – and imposing restrictions on many aspects of their lives.

It allows officials to intervene in mosques and associations responsible for their administration as well as control the finances of Muslim-affiliated associations and non-governmental organisations.

Under the law, patients are also prohibited from choosing their doctors based on gender for religious or other reasons.

France has been criticised by international organisations and NGOs, especially the UN, for targeting and marginalising Muslims with the law.

Since February 2018, France has controlled nearly 25,000 mosques, schools, associations and workplaces and closed 718 of them, including over 20 mosques, according to a report published on March 2.

People are begging us to sell; The EU is trying to buy fertilizer from us – Aliko...