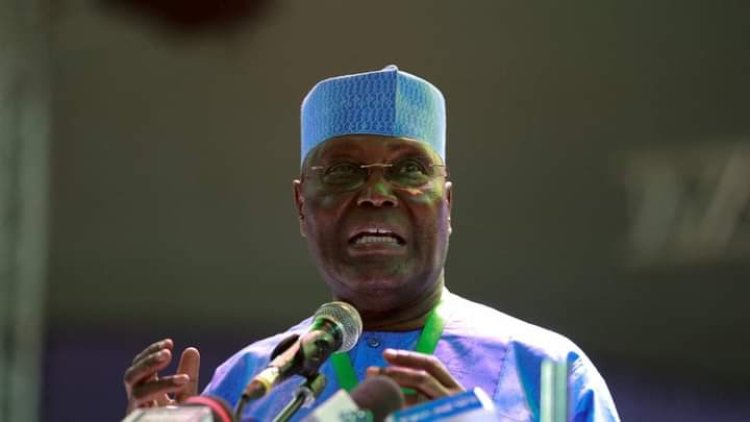 The presidential candidate of the Peoples Democratic Party (PDP), Atiku Abubakar, yesterday urged voters in Kaduna to vote for him during the February 25 presidential elections, pledging to end insecurity and revive ailing industries, among others.

Speaking at the presidential rally organised by his party in Kaduna, Atiku made two other key promises to the people of Kaduna State.

“People of Kaduna, first of all, let me thank you for your support in 2019, Kaduna State gave me the highest number of votes in Nigeria. Two, l have come here to pledge on behalf of PDP that if you vote for us, we will restore peace in Kaduna State. The security challenges will be addressed.

“Three, we promise that we will reactivate the industries in Kaduna State in collaboration with the private sector in the state.

In his remarks, vice presidential candidate Ifeanyi Okowa said Atiku Abubakar has the solution to Nigeria’s problems, adding that he will do his best to tackle poverty in the land.

Also speaking, the National Chairman of the PDP, Iyorchia Ayu, said the APC has failed Nigerians in the last seven years of its administration.

On his part, Sokoto State Governor Aminu Waziri Tambuwal said only the PDP is prepared to campaign for the 2023 general elections and also win at the polls.

Addressing supporters of the party in Kaduna on Monday, Tambuwal, who is also the Director-General of the Atiku Campaign Organisation, said they were in Kaduna contrary to insinuations that the party had suspended its campaigns.

Daily Trust reports that there was pandemonium at the Ranchers Bees Stadium, the venue of the campaign, as suspected hired thugs attacked party loyalists at the venue.

When contacted, the spokesman of the Kaduna State Police Command, DSP Mohammed Jalige, said calm was restored with the deployment of security operatives to the venue.

Reacting to the attack, Atiku urged President Muhammadu Buhari to call on all parties to call their supporters to order.

“This is undemocratic and against the peace accord all parties signed just a few weeks ago. I urge President Muhammadu Buhari to call on all parties to call their supporters and members to order and to ensure that campaigns, just as with the elections themselves, are kept free, fair and safe,” he said.

2.5milliion Fulani's killed in Nigeria while thousands displaced due collapse of...