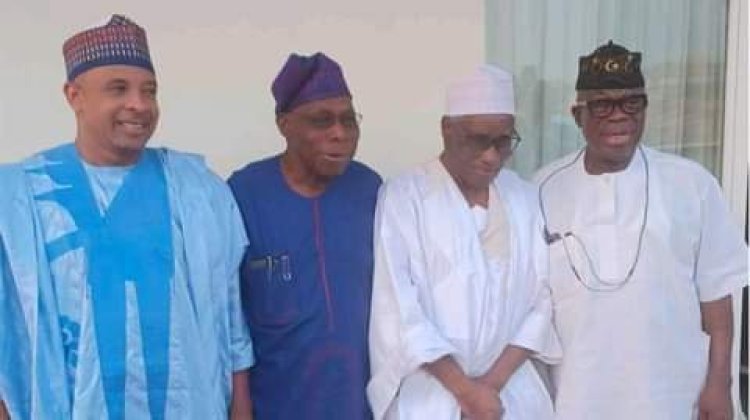 This was contained in a statement by Obasanjo’s Special Assistant on Media, Kehinde Akinyemi, titled, ‘2023: Ango Abdullahi meets Obasanjo says “We must strategize for the good of Nigeria”, on Wednesday.

Abdullahi stressed that in spite of their ages, they could still contribute to society and the country at large.

“I don’t want to stay away from him (Obasanjo) for so many months or years without seeing him, especially at this period.

“We compare some notes and we agreed on some grounds,” the statement quoted him to have said during a meeting with Obasanjo in Abeokuta on Tuesday evening.

Furthermore, the elderstateman said that the country needed good tidings from the 2023 elections, hence the need to strategise with the likes of Obasanjo, and others.

Abdullahi, who was accompanied by the Chairman, Board of Trustees (BOT), Coalition of Northern Groups (CNG), Nastura Ashir Shariff, and the Director, Action and Mobilization CNG, Aminu Adam, said they were on the same page with the former president on issued discussed during the meeting that lasted two hours.

“We are on same page and Insha Allah it shall be well.

“We have been having challenges and we have been talking on this. You are in the media and you know what we have been saying about the situation in the country. Things are not good enough and as we head for 2023, we hope to be strategizing for the good of the nation.”