Afghanistan’s Taliban rulers ordered all national and international NGOs to stop their women employees from working after “serious complaints” about their dress code, the Ministry… 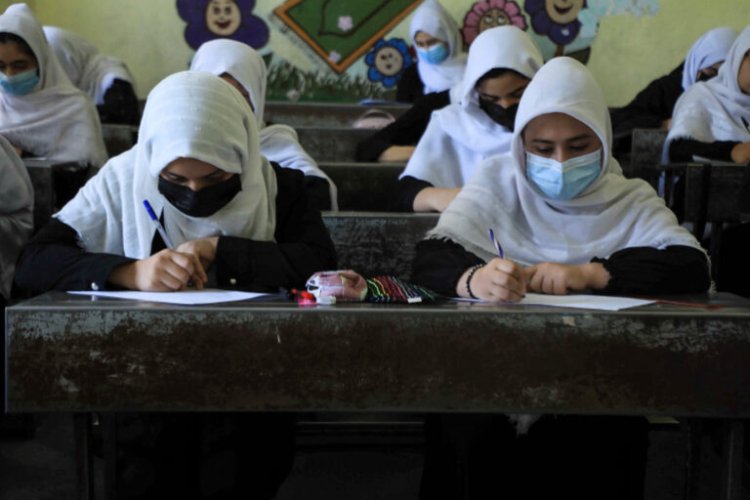 Schoolgirls attend class in Herat on August 17, 2021, following the Taliban stunning takeover of the country (Photo by AREF KARIMI / AFP)

The Taliban have announced the closure of universities for women in Afghanistan, according to a letter from the higher education minister.

According to Aljazeera, a letter, confirmed by a spokesperson for the higher education ministry on Tuesday, instructed Afghan public and private universities to suspend access to female students immediately, in accordance with a Cabinet decision.

“You all are informed to immediately implement the mentioned order of suspending the education of females until further notice,” said a letter issued to all government and private universities, signed by the Minister for Higher Education, Neda Mohammad Nadeem.

The latest Taliban restriction on female education is likely to raise concerns in the international community.

The spokesman for the ministry, Ziaullah Hashimi, who tweeted the letter, confirmed the order to several news agencies including AFP and the Associated Press.

Burkina Faso: the city of Djibo again under jihadist threat