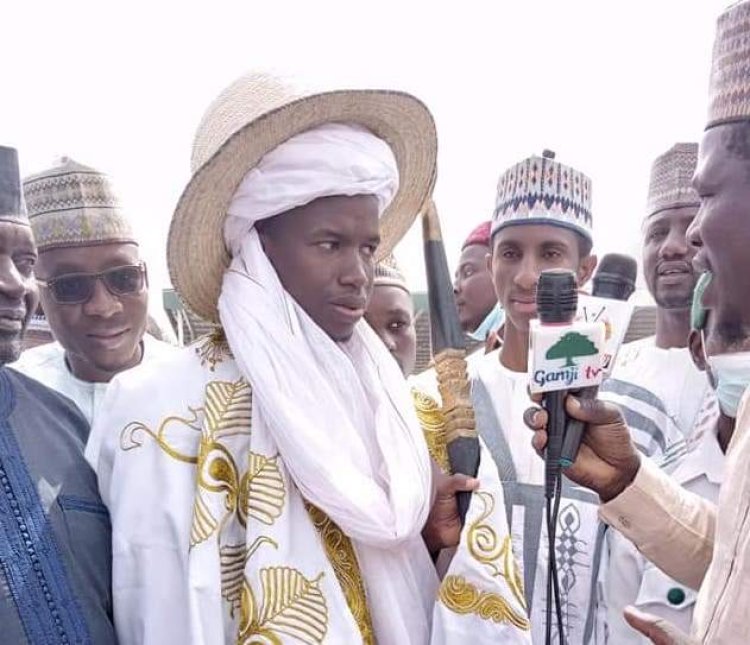 The representative of Sokoto State, Nura Abdullahi and that of Yobe State, Aishatu Abdulmutallib have emerged overall winners of the 37th National Qur’anic Recitation Competition held in Gusau, Zamfara State.

The winner from the male category, Nura Abdullahi was crowned as hero of the year by the Sultan of Sokoto, Alhaji Sa’ad Abubakar.

In the same vein, Aishatu Abdulmutallib of the female category was crowned as hero of the year by the wife of the Zamfara State Governor, Hajiya Aisha Mattawalle at the closing ceremony of the competition in Gusau on Saturday.

Announcing the result, the Chairman of the panel, Prof. Yalwa said the hero of the male category, Abdullahi emerged winner with 97.9 points, followed by Abdullahi Sadiqu-Sadiq from Zamfara State with 96.9 points as the second and Salish Abdullahi of Niger was third with 95.9 points.

The chairman also announced the female category results as follows; Aisha Abdulmutallib of Yobe with 96.4 points first and Maimuna Hussaini from FCT with 94.1 points second.

The rest were: Fatima Mustapha from Kaduna State took fifth position with 92.5 points, while the sixth position went to Fatima Ahmad of Nasarawa State with 92.3 points.

In his remarks, the Chairman of the occasion and Emir of Wase in Nasarawa State, Alhaji Jibirin Bala called on the participants to make good use of their time in reading and memorising the glorious Qur’an.

According him, Qur’an is the source of peace and stability as such, the need to study it at this time is very critical for divine intervention for the return of peace in the country.

“I equally want to use this opportunity to condole and commiserate with the state and the families of all the victims who lost their lives or sustained injuries  as a result of different attacks by bandits in the state,” he said.

Declaring the competition closed, Gov. Bello Matawalle of Zamfara said there was the need for the youths in the state and country as whole to commit to the study of the Holy Book.

Matawalle said all the participants in the competition were successful for being rewarded by God.

He implored those who lost to put more efforts for future chances and for the winners to double their efforts so as to complete at the international levels.

“While thanking the National Musabaka Committee for the opportunity to host this year’s competition, I am assuring you of the state’s readiness to host the competition again if given the chance,” Mr Matawalle assured.