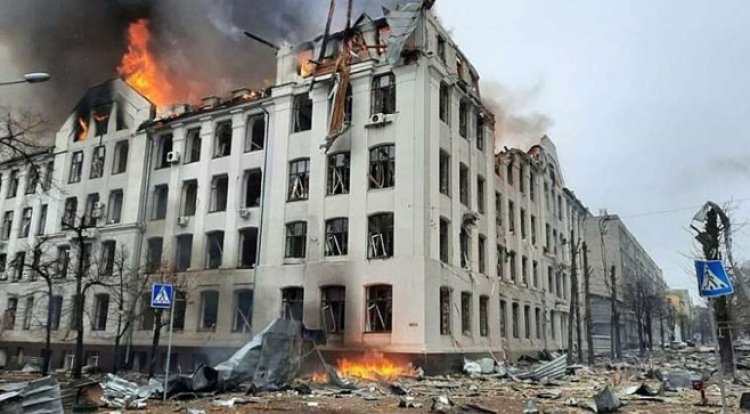 Senegal has condemned the Ukrainian embassy for calling for fighters to join its effort to repel Russia’s invasion, warning that recruiting mercenaries or even volunteers breached its laws.

In a statement Thursday evening, Senegal’s foreign ministry said it had summoned the Ukrainian ambassador after reading , “with astonishment”, an embassy Facebook post urging foreigners to enlist.

How I Was Abducted, Spent A Month In Kidnappers’ Den – Zamfara Emir

Kyiv’s ambassador to Senegal, Yuril Pyvovarov, told the foreign ministry that 36 Senegalese citizens had already volunteered, according to the statement.

The ministry said it “firmly condemns” the move and urged the embassy to withdraw its call.

“The recruitment of volunteers, mercenaries or enemy combattants on Senegalese territory is illegal,” the statement added.

On Wednesday, Senegal abstained from voting on a United Nations resolution, which was overwhelmingly adopted, that demanded that Russia immediately withdraw from Ukraine.

The government stated afterwards that it was gravely concerned with the situation in Ukraine but that it adhered to “principles of non-alignment and the peaceful settlement of disputes”.

How I Was Abducted, Spent A Month In Kidnappers’ Den – Zamfara Emir

I Did Not Endorse South-East For Presidency — Obasanjo