NIGERIA'S BOKO HARAM MILITANTS: SIX REASONS THEY HAVE NOT BEEN DEFEATED – BBC 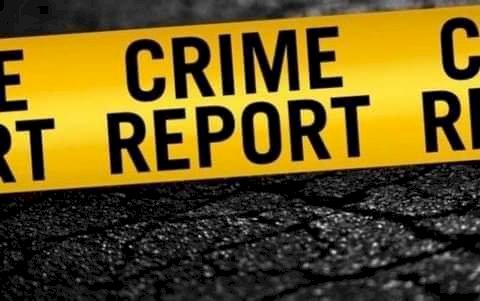 Seven months into his first term in 2015 President Muhammadu Buhari coined the term, but the group and its offshoots have never gone away. The military has managed to retake territory and dislodged the fighters from some of their hideouts. But a recent spike in deadly violence, focused in the north-east, where the Islamist group began its insurgency in 2009, has led many to ask what is at the root of the authorities' failure.

TALK OF THE NIGERIAN MILITARY TURNING ON BUHARI BELONGS IN ‘CLOUD COUP-COUP’ LAND – Daily Maverick
The rumours of a potential coup in Nigeria are exaggerated. What should keep the country awake at night is not a threat from the army but the surge of poverty, hopelessness and lawless groups that could supplant both the military and civil society together. We’re mutually vulnerable. These days, it seems all right to play with fire – a blaze which started with a solitary spark in Mali in August 2020 when the streets, the elite and jihadists banded together to remove President Ibrahim Boubacar Keïta.

The United Nations Office for the Coordination of Humanitarian Affairs (UN-OCHA) has said that conflict has deprived 685,000 people of education in the North East. The UN raised the alarm in its 2021 first quarter Dashboard released at the weekend to journalists in Maiduguri, Borno State. It said: “The targeted people for basic education was 1.1 million, but only 342,000 were reached.”

(Interview) JOHN CAMPBELL: U.S. AND THE WORLD NOT PAYING ENOUGH ATTENTION TO NIGERIA’S CRISES – This Day

A former U.S. Ambassador to Nigeria and the Ralph Bunche senior fellow for Africa policy studies at the Council on Foreign Relations, John Campbell, says the most dangerous issue Nigeria faces is the deterioration of security across the country. He prescribes urgent steps that President Muhammadu Buhari’s administration should take to help a country on the brink of disintegration turn the corner

The activities of banditry, Boko Haram insurgency, farmers-herdsmen conflict, separatist agitation and organised violent groups, among others, cost the federation a whopping sum of $10.3 billion in 2020, the Presidential Economic Advisory Council (PEAC) has disclosed. The economic council gave the figure in a document presented during its sixth regular meeting with President Muhammadu Buhari at the State House, Abuja penultimate Friday, detailing the socio-economic cost of insecurity across the federation.

Twenty-one days after the killing of Nigerian soldiers by an Air Force fighter jet, the army has yet to officially speak on the grave losses. SaharaReporters had reported how a military fighter jet on a mission against Boko Haram extremists mistakenly bombed a military truck on April 25, killing over 20 army personnel.

NIGERIA: EXCITEMENT AS ARMY RETURNS TO CAMP MONTH AFTER ATTACK – All Africa

A month after military base in Allawa and Bassa communities in Shiroro Local Government Area of Niger State was attacked by armed bandits, who killed five soldiers and a mobile policeman, soldiers, on Saturday, returned to their camps. A military convoy comprising 10 Hilux Vans and about 100 motorcycles arrived Allawa and Bassa communities to a warm reception by a crowd of people who came out of their houses in excitement to receive them.

FORMER President, Goodluck Jonathan, on Sunday backed the Nigeria Governors’ Forum, noting that the platform remains the best to discuss issues affecting the country. President Jonathan made the remarks in Benin on Sunday after attending the thanksgiving service organised to mark the 50th birthday anniversary of Pastor Charles Osazuwa, General Overseer of Rock of Ages Christian Assembly International, Benin.

Former military President, Gen. Ibrahim Badamasi Babangida ( IBB) has expressed concern over the state of insecurity in Nigeria, saying he used to advise government on the matter but does not making noise about it. He said it is imperative for the citizens to support government and our soldiers, in order to bring an end to the crisis.

An international rights organization, Global Rights Nigeria, Sunday, reported 1, 603 Nigerians were killed in the first quarter of 2021. The report tagged ‘Violent Incidents Report: January 2021’ which was made available to Vanguard attributed the killings to ‘mass atrocities across the country between January and March 2021.

Following the security challenges rocking Nigeria, the 17 governors in southern states of Nigeria, on Tuesday called on the federal government to “convoke a national dialogue as a matter of urgency.” They called on President Muhammadu Buhari to “address Nigerians on the challenges of insecurity.” The resolution was among 12 reached by the governors at their meeting in Asaba, the Delta State capital.

HUMANITARIAN CRISIS AS BANDITS SACK 70 NIGER COMMUNITIES – The Nation
All is still not well in Niger State three weeks after Governor Abubakar Sanni Bello raised the alarm over the incessant attack of villages and towns by bandits operating in five local government areas of the state. According to the governor, the terror sect, Boko Haram has even hoisted its flag in Kaore, Shiroro Local Government Area, its boundary with Kaduna State.

More deaths have been recorded in attacks by suspected herdsmen on some communities in the Bali Local Government Area of Taraba State. While six people were reportedly killed on Thursday, a local, Suega Anshiva, told our correspondent on the phone that two people were killed along the Yelwa-Jatau Road in an ambush while fleeing the attacks.

Islamic cleric, Sheikh Ahmad Gumi, has insisted that negotiating with bandits will end kidnapping and other criminality across the north and other parts of the country. The renowned Islamic scholar said there were need for government at all levels to engage the bandits, adding that they (bandits) were showing signs that they were ready for engagement.

The Miyetti Allah Cattle Breeders Association of Nigeria (MACBAN) says the North cannot afford to ignore the recent unanimous decision of southern governors to place a ban on open grazing in their states. Responding to the Tuesday Asaba Declaration of the governors, National Secretary of MACBAN, Baba Othman Ngelzarma, said northern governors should rise up to the challenge by working out a solution of their own that will be generally acceptable.

The Arewa Consultative Forum, ACF, has expressed worry over the alarming state of insecurity in the country, saying the government’s silence in these circumstances was nothing short of conspiracy and betrayal of public trust.

Thousands of fun seekers have continued to troop in to Sanda Kyarimi Zoo and Amusement Park, Maiduguri, to celebrate Sallah amid threat of Boko Haram attacks. Boko Haram terrorists’ attempt to infiltrate the capital city of Maiduguri prior to the Sallah celebration was foiled by the combined team of police, military and civilian joint taskforce, which killed nine of the terrorists and recovered vehicleS and weapons from them.