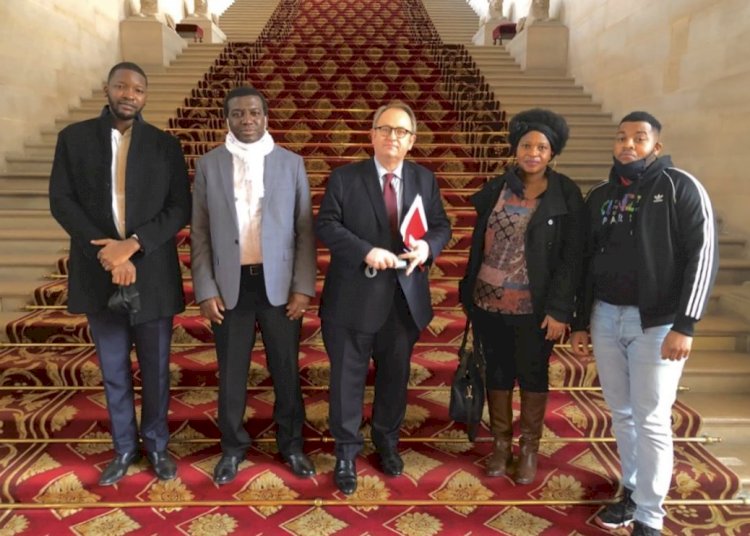 PARIS-While Emmanuel Macron qualifies the Guinean case as "serious" after the re-election of Alpha Condé, Senator Jean-Yves Leconte calls for the French leader's observations to be translated into positions and actions.  The President Delegate for Guinea of ​​the France / West Africa Senate Friendship Group stresses that we must remain vigilant on the conditions under which Guineans can collectively express their will in the future.  Jean Yves Leconte, however, remains worried about the fate of the imprisoned opposition leaders.  The Senator received this November 24, 20, relatives of Ousmane Gaoual and Chérif Bah.  Please read his press release below.

This Tuesday, November 24 in the Senate, I received Madame Néné Ami Diallo, wife of Ousmane Gaoual Diallo and her son Mohamed Diallo, Mr. Alhoussainy Bah, son of Chérif Bah, as well as Mr. Ibrahim Sorel Keïta, President of the Collective for  Transition in Guinea (CTG) and vice-president of SOS Racisme.  On this occasion, I was able to speak by telephone with Mr. Cellou Dalein Diallo, President of the Union of Democratic Forces of Guinea (UFDG).

My hosts, as well as the President of the UFDG, told me of their concerns about the conditions of detention at the central prison in Conakry and their indignation over the circumstances of the arrests of Mr. Ousmane Gaoual Diallo and Mr.  Chérif Bah, following charges of disturbing public order.

The imprisoned opposition officials were photographed being forced to hold a slate bearing their name and the words "conspiracy", reminding Guineans of the darkest hours of previous dictatorships.

Since the election of October 18, the results of which proclaimed by the Independent National Electoral Commission (CENI) are contested by the compilation of the minutes collected from the polling stations;  49 people lost their lives in political violence.

Since the beginning of the year and despite the attempts of the Economic Community of West African States (ECOWAS), nothing has been able to put Guinea back on the path of dialogue and the sincerity of the polls.  due to the stubbornness of the Rassemblement du Peuple de Guinee (RPG) and outgoing President Alpha Condé.  And because of this, more than 150 Guineans paid for it with their lives in 2020. Today, living conditions are increasingly difficult in the country, while no prospect of ending the crisis and  improvement in governance cannot be foreseen.  A few weeks ago it was Mr. Bah Oury, then General Sekouba Konaté who directly expressed the same concerns to me.

We must be vigilant about the conditions under which Guineans can collectively express their will in the future and remain concerned about the fate of the imprisoned opposition leaders.

Finally, following the correct observations made by the President of the Republic Emmanuel Macron in his recent interview with Jeune Afrique magazine on the situation in Guinea, it is appropriate to translate this into the positions and acts of France and the Union.  European Union, to encourage Guinean officials to find a way out of the crisis through dialogue, paving the way for a democratic transition.