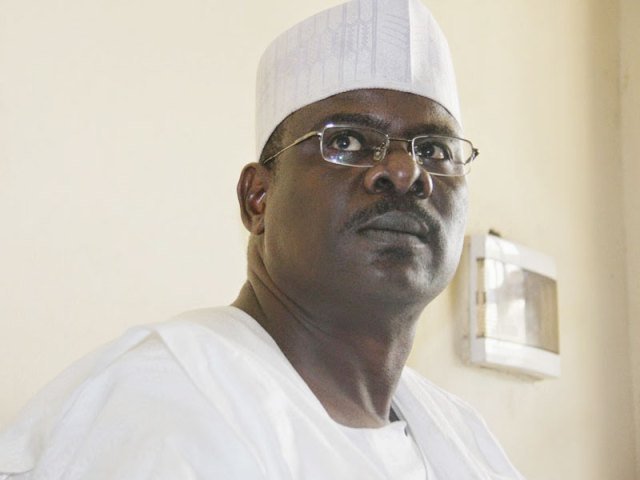 Mr Ndume (APC-Borno South) was remanded in prison custody after Mr Maina was said to have jumped bail.

Okon Abang, who gave the ruling, said the court decided to exercise its discretionary powers based on Mr Ndume’s good conduct in the course of the trial of Abdulrasheed Maina, former Chairperson, defunct Pension Reformed Task Team (PRTT), for whom he stood surety.

Mr Abang had ordered that Mr Ndume (APC-Borno South) be remanded in the correctional facility following his failure to pay the sum of N500m bail bond or produce Maina in court.

Mr Ndume said he elected to stand as surety to Mr Maina because the latter is one of his constituents in Borno South Senatorial District after deliberating on the issue for days.

Mr Maina, currently standing trial for financial embezzlement , an allegation slammed against him by the EFCC, has refused to appear for his trial after he was granted bail by the court.

Meanwhile, the court has also revoked the bail granted Mr Maina’s son, Faisal, following his refusal to appear for his own trial.

The court had equally issued a warrant of arrest on him, saying Mr Faisal should be arrested wherever security agencies find him and have him brought to court for his trial.

Mr Faisal is also standing trial, like his father, over money laundering allegation by the anti-graft agency.