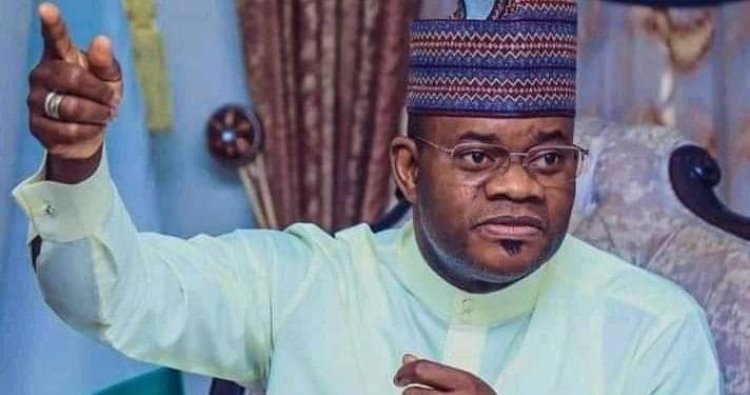 Youths of the All Progressives Congress, (APC) have accepted the appointment of Kogi State governor, Yahaya Bello, national youth coordinator of the party’s presidential campaign council, saying the choice by Bola Ahmed Tinubu shows that youths would have a pride of place in Tinubu’s government.

The APC youths under the aegis of APC Young Stakeholders described Governor Bello as a round peg in a round hole, adding that his appointment is indicative of Tinubu’s ability to identify individuals, irrespective of religion, tribe or gender, who have the capacity to deliver on any given task.

Spokesperson of the group, Aliyu Audu, who stated the youths’ position at a press conference in Abuja on Thursday, congratulated the Kogi governor on his appointment, even as applauded the APC presidential flagbearer for deeming Bello fit for the position.

The Young Stakeholders noted that the choice of Governor Bello as the national youth coordinator is instrumental to the success of the party in the 2023 election, noting that his connection with the youthful population of the nation puts him ahead of any other person ordinarily in consideration.

Audu said, “As a man with the unique eyes and known for putting round pegs in round holes, his legendary astuteness has once again been demonstrated in his choice of Yahaya Bello for the role of mobilizing Youth and the Middle aged being the largest block of the voting population, and this is the very reason why the APC trusted him with the party’s flag, not only to win the election, but also provide the much needed leadership to build on the achievements of President Muhammadu Buhari led government at the centre.

“It is with a deep sense and heart of appreciation that we thank Asiwaju Bola Tinubu for giving recognition to whom it is due, in line with his proven commitment to reward hard work, loyalty and the enthronement of meritocracy in public administration in consonance with his track records.

”Gentlemen of the press, the APC Young Stakeholders want to put it on record that the choice of Yahaya Bello as the National Youth Coordinator is a good omen to the success of the party in the forthcoming election. The appointment excites us and for no far fetched reasons. He is not only the most qualified for that noble assignment, his connection with the youthful population of the nation puts him ahead of any other person ordinarily in consideration.

“Governor Yahaha Bello as the representative and face of the youths in politics and government has built a strong base of his primary demography by working well with them at every given opportunity. This, he has demonstrated by the roles he played in various capacities involving the youth. He brought millions of youth into the APC when he chaired the party’s Women and Youth Mobilisation and Sensitisation Committee in 2020. Bello towered higher by maintaining peace and even playing mediatory role during the famous ENDSARS protest that held across the country. His Patriotism and commitment to National development was proven again when he intervened in the face off between northern farmers and the southern region that led to the blockage of supply of food produce to the south in 2020.”

Audu further noted that Governor Bello had appointed more youths and women into top offices in Kogi and has given many more young and middle aged people opportunity to excel in the government more than any other in the present democratic dispensation.

He continued: “This is not only because he is youthful himself, but because he recognizes the energy and the innovative spirits of the youths and the need for their inclusion in planning and building the Nigeria of our collective dreams by way mentorship and giving opportunities to showcase their leadership skills in a patriotic manner.

“Talk about Street credibility, there is no match to governor Yahaya Bello. Little wonder he connects with young people in different strata of the society. From sportsmen to musicians, actors and many other youthful professionals, Bello has a deep-rooted relationship with this demography that can well be the gold that the APC needs to win the forthcoming presidential election. This gladdens the heart of every well meaning progressive minded young stakeholders of the party.

“It is on this note that we want to call on all Nigerian Youths to see the appointment of Governor Yahaha Bello as an opportunity to gravitate towards the goal of enthroning a leader in Asiwaju Bola Ahmed Tinubu, a proven builder of people, wealth and nation that will put the youth at the forefront of driving the governance of the country.

“For a very long time, Nigerian youths have not been given their pride of place in the society especially in governance and public administration, but this is not going to be the case with the Asiwaju government as he recognises the enormous potentials in the Nigerian youth and Middle aged needed to build the Nigeria that works for everyone.

“We are particularly calling on Nigerian youths and Middle aged to use this 2023 presidential campaign as an opportunity to show our readiness to lead and contribute our much needed quota in the development of Nigeria by ensuring issue based campaign and shunning all manners of violence, hostility and needless attacks on personality as we patriotic young stakeholders in the party are open and welcome to cerebral conversations on topics of National concerns.

“We must not let emotions deny us the chance of rallying round the right leader whose leadership, competence, capacity, character, and vision is right for the task ahead.

“The Nation is ours and it is our responsibility to build it in ways that serves the interest of the majority of the citizens working with Asiwaju Bola Ahmed Tinubu, a leader with proven track records of progressive governance”.

SSS Urges ASUU To Call Off Strike Over Security Implications