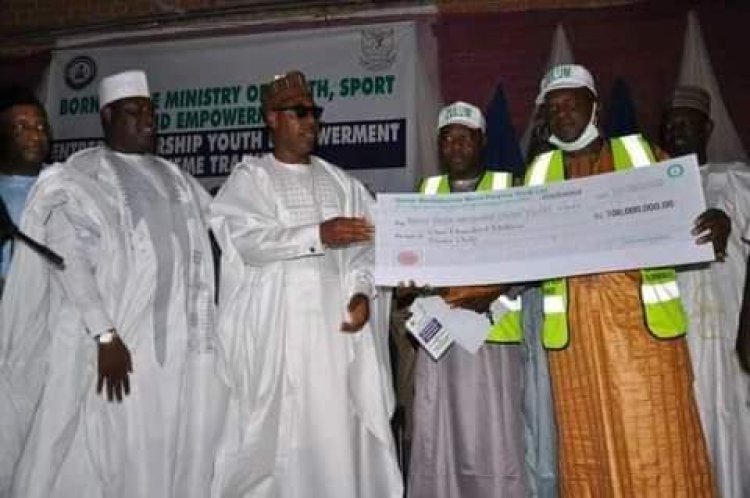 … To sponsor their 152 children in schools

After organizing for them, one month of intensive practical training on entrepreneurship, Borno State Governor, Professor Babagana Umara Zulum on Friday presented N100m to 152 reformed youths who were prominent members of a violent political thuggery group code named ‘ECOMOG’ in Maiduguri.

Zulum made the presentation at the Ramat Polytechnic in Maiduguri, venue of the one month training.

The 152 youths had renounced thuggery in response to Governor Zulum’s ban, announced at the end of 2019. Following that announcement, the Governor in August 2019, directed theenrollment of 2,762 youths into a ‘waste for cash’ sanitation programme in which the youths cleaned the drainages to earn monthly stipends.

Satisfied with the improving conducts of the youths, Governor Zulum directed selection of leaders and most prominent persons who were engaged in thuggery since the 90s, before renouncing the practices.

152 persons were then selected and made to
undergo one month of training on business enterprises, fishery, animal rearing and animal fattening.

The training was coordinated by the directorate of entrepreneurship at the Ramat Polytechnic, where Professor Zulum was an engineering diploma student from 1986 to 1988, and rector from 2011 to 2015.

The Governor said the Government's support is under the condition that none of them ever returns to political thuggery, while also, they be required to repay half of what they receive as the State Government is waving 50%.

Commissioner for Sports and Youths Empowerment, Saina Buba described the programme as a bold effort by Zulum, in stamping out violent political thuggery, especially from Maiduguri, at which youths had in previous years (between 2002 to 2008) reached the extent of rival killings.

… Borno to sponsor their 152 children in schools

As part of strategy to prevent children from towing the paths of parents, Governor Babagana Zulum announced that the State Government will shoulder the education of 152 children, one each to be nominated by the 152 repentant political thugs.

Zulum charged the youths that it was in their best interest to accord dignity to themselves by being self reliant rather return to thuggery.

He reminded them to never allow themselves to be used because those who use them do not allow their children to become thugs.

“Some of you here have been in political thuggery for more than 20 years and nothing seriously changed in your lives, and this should remind you that political thuggery is not a good thing, and if it was a good thing, why is it that our own children, those of us who are political leaders, our Commissioners, Advisers and other top Government officials, are not part of you here? Why is it you alone are in this kind of business?” Zulum charged in local languages.

The Governor promised that Government will continue go support the youths and train more of them, so long as they remain out of thuggery.

Leaders of the youths, speaking in Hausa and Kanuri, said Zulum had proved his genuine love for them by not only setting them up for businesses, but also promising to educate their children. 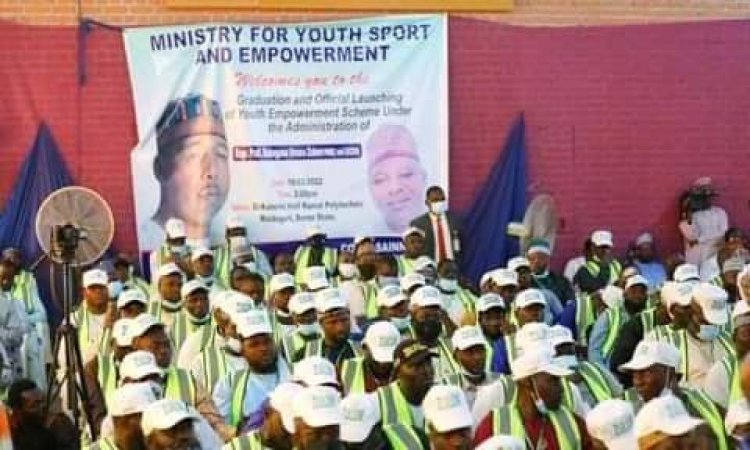 “There is no better way for Zulum to prove that he genuinely means well for us. By the grace of God, we will not allow anyone to even look at us as thugs because our appearances alone will indicate that we are changed persons” one of the leaders said.