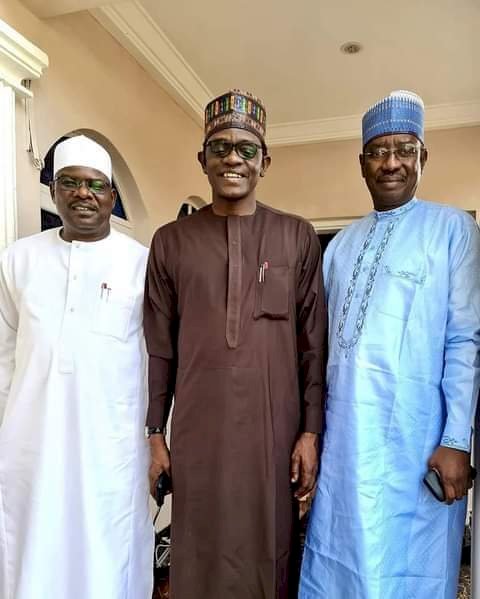 According to the DG Press Affairs, Senators Ali Ndume and Ibrahim Bomoi visits Governor Mai Mala Buni in his residence in putting heads together for the progress of North East and the APC.

Governor Mai Mala Buni is working to enhanced consultation within the governing political party, All Progressives Congress, to strengthen its internal democracy, and improve chances of winning elections.

The Governor has been making peace and building bridges between the Executive, Legislature and Leadership of the APC  towards amicable resolution of conflicts in the party through regular consultations will create more understanding.

The governing APC commands a clear majority in the Senate and the House of Representatives. The Vice-President, the distinguished Senate President, the Right Honourable Speaker all belong to APC and the working relationships between the Executive and the Legislative have been excellent so far.

Governor Buni's interest is to keep things that way and see where he can improve communication and coordination to take the party to greater heights.

The Acting Chairman Governor Mai Mala Buni believe in regular consultation and communication to help improve governance at all levels and achievements of the party.