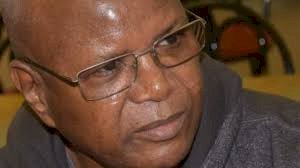 By D. A. Jawo
The government of President Adama Barrow has been accused by some people in Niamina West of being unfair to the constituency by denying them representation for almost a year since their National Assembly Member Demba Sowe died in January 2020. “If other countries with far more COVID 19 cases can successfully hold general elections, why can the Gambia not hold bye-elections for a single constituency of less than 10, 000 voters?” asked a resident of Niamina West, speaking on condition of anonymity. He accused the government of using the COVID 19 pandemic as an excuse but he said there were other sinister reasons for the failure of the Independent Electoral Commission (IEC) to hold the elections than meets the eye.
Indeed, there have recently been several calls by the people in Niamina West Constituency for the IEC to hold the bye-elections without any further delay, with some accusing the electoral commission of succumbing to some manipulative tactics by the government in order to give chance to the newly formed National People’s Party (NPP) of President Barrow to adequately prepare for it. “The Niamina West bye-elections is quite crucial for the NPP, being their first test at the polls, and they would do whatever it takes to win the seat,” said another Niaminanka. He said there was no justification for the IEC’s failure to hold the elections, with the constituency being left without anyone to represent and speak for them at the legislature for about a year.
On the alleged manipulative tactics by the government, one of the critics accused them of using certain unconventional tactics to achieve their objectives. He said one of those tactics was to use the recent NAFA project being managed by the National Nutrition Agency (NaNA) to dish out cash handouts to families up-country as a package aimed at contributing to the mitigation of the social and economic impact of the COVID 19 pandemic for political propaganda. We can recall that recently, families in Niamina West and some other parts of the country were given D3000 per household, with a promise of another D3000 in the next two months. It is alleged that some supporters of the NPP have been using those funds to campaign in the constituency by telling the people that the money was provided by President Barrow, when the bulk of the amount was said to have been given by the World Bank.
“However, I will not be surprised if the IEC soon announces a date for the bye-elections, now that the NPP are confident of making in-roads in the constituency, unfairly using the disbursement of those funds as a campaign strategy,” he said.