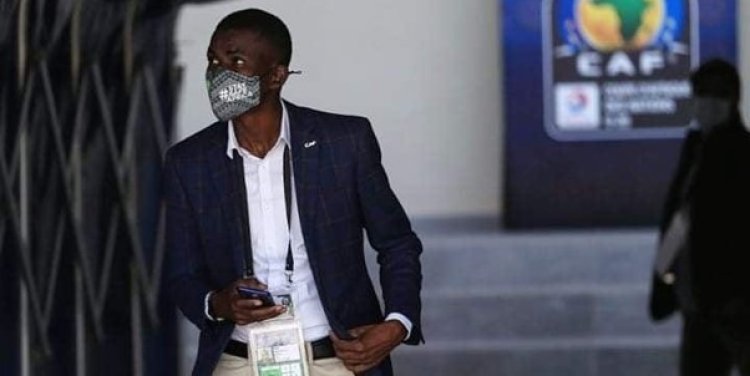 Gambian journalist Momodou Bah has been appointed by the Confederation of African Football (CAF) to serve as a Media Editor for the body during the 2021 African Cup of Nations finals that gets underway in Cameroon this weekend.

Mr. Bah has since arrived in Cameroon this afternoon and together with GFF Executive member Lt. Col. Musa Jammeh and referee Bakary Papa Gassama, the trio will be amongst the non-playing staff that would be flying the Gambian flag in a tournament that The Gambia is participating for the very first time since the formation of Association football in our country 70 years ago.

“I’m really excited to be covering the AFCON for the first time. I’ve always wanted to be at this tournament and the last two editions I came so close but I couldn’t travel. The fact that I’ll be covering it for CAF makes it extra special – I will be covering it from the front the seat,” Mr. Bah GFF Media.

“I’m humbled that my first senior AFCON coverage features my Scorpions. I have covered the senior national team closely for the last seven years and to be at the AFCON with them is a dream come true for me.”

Sadio Mané Replies Beninese Magician Who Threatens Him With a Heart Attack If He...