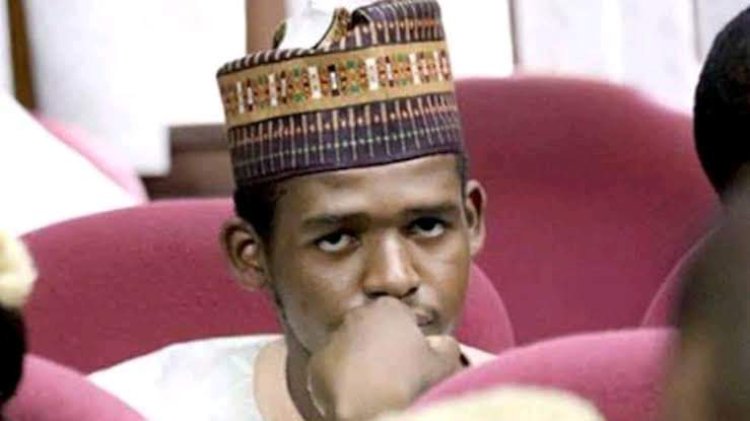 The Court, in judgement that was delivered by trial Justice Okon Abang, found Faisal guilty on a three-count money laundering charge the Economic and Financial Crimes Commission, EFCC, preferred against him.

It held that the anti-graft agency successfully established that Faisal, operated a fictitious bank account with the United Bank for Africa, UBA, through which his father, Maina, laundered the sum of N58.1million.

The court noted that the said fund which was deposited into the account that was operated in the name of Alhaji Faisal Farm 2,  was sequentially withdrawn by the Defendant and his father, between October 2013 and June 2019.

Justice Abang said he was satisfied that the EFCC proved all the essential ingredients of the charge, stressing that the Defendant reasonably ought to have known that inflows into the bank account formed proceeds of an unlawful act of corruption by his father.

The court held that the charge would run concurrently, starting from Thursday.

The court ordered that the 21-year-old Faisal, who had since June 24, 2020, failed to appear for his trial, should be arrested anywhere he is found in Nigeria and remanded in any Correctional Service Center to serve his jail term immediately.

It further held that in the event that the Defendant traced to anywhere outside the country, the Federal Government, “shall legally or lawfully commence extradition proceeds to bring him into the country to serve the jail term”.

The court ordered that the company through which the fund was laundered, Alhaji Faisal Farm 2, be wound up, with funds in it forfeited to the government.

It will be recalled that the court had on November 24, 2020, issued a bench warrant for security agencies to arrest Faisal wherever he is found, shortly after his bail was revoked.

EFCC closed its case against him after it called three witnesses that testified in the matter.

It alleged that Maina’s son had sometimes between 2013 and 2019, received the sum of N58.11million, being proceeds of a corrupt act by his father.

He was also accused of failing to properly declare his assets before the EFCC.

Faisal had reportedly pulled a gun to challenge operatives of the Department of State Service, DSS that arrested his father at a hotel in Abuja on September 30, 2019.

The EFCC had ealier told the court that it got intelligence report that Faisal had escaped to the United States of America.