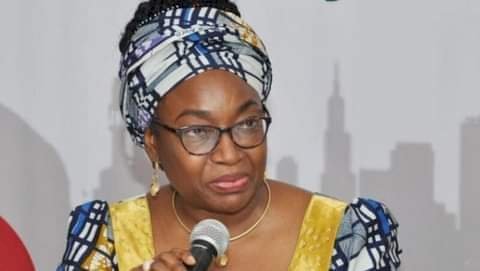 Also making the plea for the adjournment before Justice Taiwo Taiwo were the 7th, 8th and 9th defendants in the money laundering charges.

Others in the case include Garba Umar, and his two companies; Slopes International Ltd and Gooddeal Investment Ltd as 4th, 5th and 6th defendants respectively.

Paul Erokoro, SAN, who was counsel to Oyo-Ita, at Tuesday’s sitting, prayed the court to adjourned the matter sine die (until further notice) over the complaint by lawyers to the 4th, 5th and 6th defendants that the anti-corruption agency had frozen the bank accounts of their clients even when the matter was still pending before the court.

Mr Erokoro urged the court to make the order until the EFCC placed before the court the evidence that it had unfrozen those accounts.

“It is a very sad development. We just want to submit that appropriate order should be made.

“We urge the honourable court to adjourn this proceeding sine die until the prosecution placed the evidence that they have taken steps to correct this error and that they are now prepare to prosecute this matter in one court,” he enjoined.

“I align myself with the submission of learned senior counsel,” he said.

Earlier, the EFCC’s lawyer, Mohammed Abubakar, told the court that the matter was slated for trial continuation and that he was ready to take the evidence of the next witness.

However, counsel to the 4th defendant, Augustine Ananukwa, objected to the trial continuation.

According to him, we are not ready because of the recent event.

“During the pendency of this suit, the bank account of the 4th defendant was frozen.

“We made enquiry on whose order was this account frozen, we discovered it was not coming from this court.

“We are unsure how the prosecution got the order,” he said.

According to him, this constitutes an abuse of court process.

The lawyer stated that since the order did not emanate from the court where Justice Taiwo was presiding over the trial, his client would not be able to go on with the matter.

Ananukwa, who urged the court to direct the EFCC to immediately unfreeze the account, said the act had subjected his client, a family man, to hardship.

Mbama said the accounts of her clients too were frozen by the anti-graft agency.

“My lord, due the freezing of the accounts of 5th and 6th defendants on whose behalf I am standing before your lordship, we will be unable to proceed with this matter,” she said.

The lawyer also prayed the court to direct the prosecution to unfreeze the accounts of her clients.

Justice Taiwo then asked Abubakar, “Who gave the order.”

Responding, Abubakar argued that the reason given by counsel to the defence was not enough to stall the trail.

The EFCC lawyer told the court that the interim forfeiture order on the affected accounts was gotten from Justice Folashade Giwa-Ogunbanjo.

Justice Taiwo, who was visibly infuriated by Abubakar’s response, said the act portrayed that the anti-corruption agency did not have confidence in his court to have filed the matter in another court when the trial was still pending.

“When was this order gotten? I will not take this case. It means you did not tell Justice Ogunbanjo that this matter is pending.

“It is a slap on my face; a direct affront on my power as a judge of the Federal Republic of Nigeria.

“If you had told me this is what you have done, I wouldn’t have gone ahead at all.

“The EFCC cannot tell me they don’t have checks and balances,” he said.

Justice Taiwo said he could not undo what had been done by Justice Ogunbanjo because the court had a coordinate jurisdiction.

Abubakar pledged that an application would be filed to seek an order to unfreeze the accounts.

He informed that the application filed before Justice Ogunbanjo was a civil suit, filed at the Federal High Court (FHC) registry and the chief judge, in his wisdom, assigned it to the other judge.

He said contrary to the impression, the EFCC had confidence in the court.

“The criminal matter before your lordship is a part of a whole,” he said.

He explained that the application of the interim forfeiture contained two charges.

“In the application before Justice Ogunbanjo, we exhibited FHC/ABJ/CR/60/2020 and FHC/ABJ/CR/61/2020 between the FRN Vs. Kabir Tanimu Turaki and 5 others,” he said.

According to him, the two cases emanated from the same case file but because of the multiplicity number of defendants, the prosecution decided to split the two charges for ease of prosecution.

He said the EFCC only filed the application at the registry and the chief judge assigned it.

He said in the interim forfeiture application, the two criminal charges before Taiwo and Ekwo were exhibited for transparency sake.

“In line with this, we submit that we did not engage in abuse of court process.

“We also did not file that application as a result of lack of confidence in any of the Judges of this honourable court.

“We only did it in pursuant to our statutory duty and utmost transparency,” he said.

Abubakar apologised to the judge for any action taken that might displease the court.

“We affirm our confidence in your lordship ability to do justice in this matter and all other matters,” he added.

He, however, opposed the prayer that the trial be adjourned sine die.

According to him, such an application amounts to application for stay of proceeding which is against the letter and spirit of Section 306 of Administration of Criminal Justice Act (ACJA) 2015.

He added that such an application would run contrary to provision of Section 19(2C) of EFCC Act 2004 and Section 20(3) of Money Laundering Prohibition Act 2011 as amended in 2012.

Abubakar, who urged the court to discountenance the defence argument, said the forfeiture application was neither filed at FCT High Court or any of the state’s courts but at the Abuja division of the FHC because of the anti-corruption agency’s openness.

Justice Taiwo adjourned the ruling on the matter until Dec. 3.

Gambia: 55-Year-Old Woman Dies After Son Allegedly Brutally Battered Her (And He...