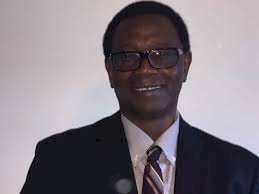 Alkatan was a small old man, slight of build, but very healthy and very strong. He was cheerful and had a lively air around him and was perhaps more friendly and more jovial than anyone you’ve ever met and was very much beloved of the people of Tonya Kunda, the village that he called home. Young and old alike enjoyed his company and would always show him great respect. And Alkatan reciprocated the friendship and the respect he received many times over, always endeavoring to make people feel good about themselves.

But there were some people in Tonya Kunda who did not enjoy Alkatan’s company and only pretended to be friendly to him. These were people he had had problems with, people he had occasion to censure because of their unjust actions against others. For while Alkatan never got angry or spoke in an angry fashion, he was drastic in his actions against people who perpetrated injustice against others in Tonya Kunda. He intervened in legitimate differences and conflicts only as a neutral mediator and often succeeding in making peace. But in cases of gross injustice by one person against another, Alkatan’s charm and simplicity was not to be taken for granted; which is what all the people who did not like him in Tonya Kunda did.

The first person Alkatan had a problem with shortly after he moved to Tonya Kunda was Degere the wrestler. Degere was the unbeaten champion of those parts and had thrown many a champion who came to Tonya Kunda village to challenge him. A tall and bulky fellow with large, red eyes, Degere was at his prime when Alkatan came to Tonya Kunda. He was feared by everybody and had a reputation for grabbing and slamming people on the ground just to show that he was not to be messed with. And it did not matter whether you were a man or woman, young or old. If you dared question Degere’s words or actions, Degere beat you up, and beat up anybody who dared object to the beating or intervene on behalf of the beaten. When Degere beat somebody, even the beaten did not cry out for it was Degere’s rule that the more you cried out the more he beat you!

One morning, Alkatan arrived at the village Bantaba to find a small crowd of people standing in a circle. In the middle of the circle were Degere and another man. Degere was repeatedly slapping the man, knocking him on the head with his clenched fist, and demanding to know why the man dared to challenge him to a wrestling contest the previous night. The wrestling match was swift because Degere was no match for the challenger who came from a nearby village. The man was on his way home when Degere stopped him at the Bantaba and demanded to know why he dared challenge him. The man was repeatedly saying, I’m sorry, please forgive me. But Degere was paying no heed and kept slapping and knocking him on the head. The villagers stood around watching. No one dared to intervene or even ask Degere to forgive the man because they knew what would happen to them. Such was the dread Degere inspired in the people of Tonya Kunda.

When Alkatan arrived, he entered the small circle and said, “Hey, why don’t you leave that man alone. You are hitting him, he’s not hitting you back and he’s begging you to forgive him. Can’t you just leave him alone?” At this, Degere looked at the old man and angrily gnashed his teeth. “Old man do you want to die!” he roared. “How dare you ask me to leave him alone?” “I think it is you who wants to die,” Alkatan retorted, wagging his finger at Degere. “You threw that man down but I can throw you down right now and put you to shame.” Hearing these words Degere rushed at the old man and grabbed him by the waist and tried to dash him on the ground.

But it was not as easy as he thought. Alkatan was a bundle of strength. The two wrestled round and round for a few minutes before Degere felt himself flying in the air and landing with a heavy thud on the ground. The crowd cheered and held their mouths in awe shouting, “he threw him, he threw him! How could such an old man throw Degere down?” In a fit of rage, Degere sprang to his feet, rushed at Alkatan, lifted him high above his head, and tried to slam him on the ground. To his dismay, Degere found that he could not throw the old man down. He ran with him around the circle and tried to throw him down again, but he could not do so. And so he carried Alkatan round and round the circle, not able to throw him down or put him down. Soon, he was sweating profusely and felt as if he was carrying a tree and not a small old man. Meanwhile, Alkatan continuously knocked Degere on the head, pulled his ears, and pinched his nose over and over again saying, “I told you to leave him alone.” Then suddenly, Alkatan jumped and landed behind Degere, grabbed him by the waist, and flung him to the ground in the famous busulu style. Degere landed with a heavy thud, let out a mournful cry, and fainted.

From that day, Degere retired from wrestling and became a changed man in Tonya Kunda. Alkatan on the other hand became a hero. All kinds of stories were told about him, including that he was himself a famous wrestler in his youth and that he had some hidden powers. It was not long before Alkatan had another problem with another person in the village. This was no other than Kiyanka, the newly installed Alkalo of Tonya Kunda.