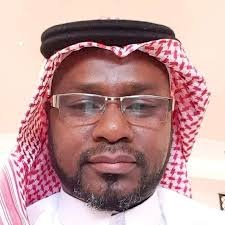 If anyone should question whether the Writers Association of the Gambia got it right with their list of 100 Most Influential Gambian Writers, I will allay your fears by assuring you that we were far from perfect in this endeavour. To determine a ‘perfect’ list, this would have required more research and an extensive survey from many readers for which we have no resources to do. The criteria would have been much more robust and just may be many on the present list would not even have been there.

I admit that several people are absent from the list and going by the very simple criteria we set ourselves, we would have had more than 200 people. But our database was not rich enough to include all even though we made serious consultations. Part of those absent are former WAG Executive members, founders of the previous writers’ associations, writers and researchers, influential journalists, historians, religious scholars who have contributed to religious knowledge through their scholarly productions, educationists, and many more.

If anyone should feel offended because they are left out, we do extend our apologies. We cannot please all nor can we include all. Many of those left out are perhaps more influential than many on the list but we have already admitted this was no perfect exercise.

The list comprises of three generations: the founders of the previous associations and those of the Ndaanan era, the not-so-young, and the young emerging writers. For each category we have taken few to represent the group. As a maiden effort, we are confident that this a very good attempt despite all its imperfections.

The Writers Association of The Gambia has since last year been engaged in recognising our own by organising the first ever WAG award ceremony where several writers, poets and playwrights were recognised for their contribution to our literary landscape. The WAG has reached out to its counterparts in Senegal and Ghana, as well as to Pan-African Writers’ Association (PAWA) to build bridges and create opportunities for our young, inexperienced budding writers. Our activities this year were stifled by the pandemic, but even there our energetic youthful executive has been very active organising activities around writing and publishing, especially for our young writers.

With the publication of this list, we hope that those who have been left out can reach out to us so that we can enrich our data base and as we proceed to thematise the most influential lists (in categories with a panel of judges helping define the list), hopefully the most deserving will feature on them.

Extend our message and ask others to reach out to the WAG and support its endeavours, however modest, because the Association cannot survive without its members. We will also appreciate all constructive criticism that will encourage us do more, in a much better way than initiated.

As we grow, we will surely make the awards and recognitions more competitive and more deserving.

Let us celebrate our own while they are alive rather than recognise them after they are gone.

Thank you very much for the continued support.

Foreigners buying gold with arms in Zamfara, Matawalle cries out