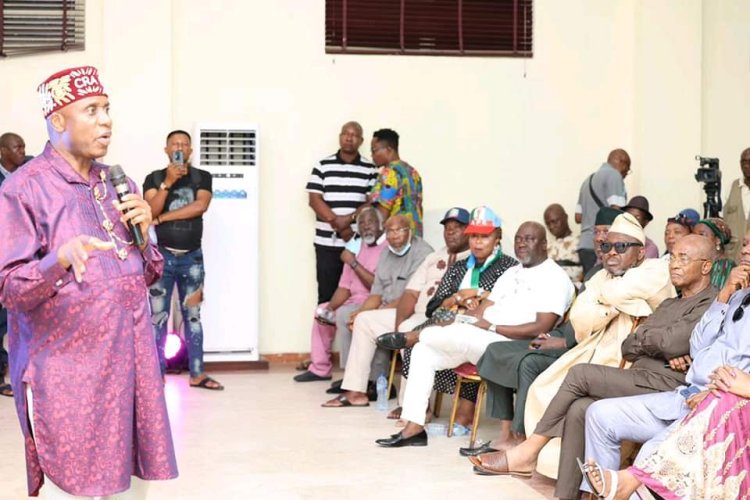 Rotimi Amaechi, a presidential hopeful on the platform of the All Progressives Congress (APC), says choosing him as the party’s flagbearer will not be a waste of votes.

Amaechi said this on Sunday while addressing delegates in Edo state.

He urged the delegates to be focused on voting for a credible aspirant like him to fly the party’s flag.

“Politicians will come to ask for your votes, but please, as south-south people, as politicians, as good people of Nigeria, don’t waste your votes,” he said.

“The problem with politicians is you. The elites have shown you that they are here to chop money and you allow them. They will bring money here and say you should vote for them, and nobody will care to ask ‘What was he before now?’ ‘What is his performance?’ ‘The economy they want to come and manage, how have they performed?’

“The electability of a candidate is essential for you. If not, the APC will lose the election. For now, I think I’m the most electable. I’m tried, tested and trusted.

“If they ask me, I have huge evidence, — model primary schools, secondary schools, primary healthcare centres, hospitals, roads, 750 megawatts of power in Rivers state, children were sent overseas to study, 13,200 teachers were employed, and other achievements as governor.

“As minister of transportation, I finished the Kaduna-Abuja rail, and Lagos-Ibadan is running. For those of you who say, ‘what has he done in the south-south?’ There’s a Warri-Itakpe rail line; only two communities are in Kogi, and the rest are in Edo and Delta states.

“We have started the Port Harcourt-Maiduguri rail, and we will start the Lagos-Calabar rail. So, when they say ‘he has not done anything in the south-south’, are they saying Delta and Edo are not part of the Niger Delta?

“I have evidence of what my contributions are to APC and to Nigeria. I can account for the period I have been in office. So, if they bring money, take it, but let us rise, vote right and defend our votes.”

On his part, Ewuare II, the Oba of Benin, commended the minister  on the rail projects, but urged him to improve security on railways.

On Amaechi’s ambition, the monarch described the throne as “non-partisan, adding that “we endeavour to follow our ancestors’ directives to guide and pray”.

2023: No Igbo Man Contesting Presidency, They Are All Eyeing VP Slot – MASSOB Leader

We Cannot Leave A Man With 11 Million Votes And Support People With A Vote Deficit...