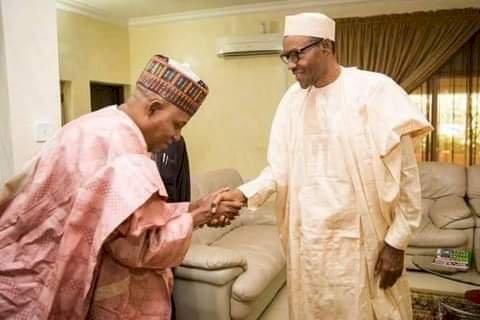 President Muhammadu Buhari has described former Governor Kashim Shettima of Borno State as one of Nigeria's success stories "since the beginning of the recent democratic journey."

On the occasion of Shettima's 55th birthday anniversary, September 2, the President said, "I'm proud of Shettima for his achievements in office as one of APC's best Governors in the country."
According to President Buhari, "former Governor Shettima was able to make his mark despite the challenges of insecurity," adding that "crisis is the truest test of a man's ability and Shettima proved his mettle."

The President affirmed that Shettima, now serving his people in the Senate, “didn't disappoint the electorate because he was able to fulfill his key campaign promises.”

He noted that, "one of the great things for which Senator Shettima would be remembered is the fact that he handed over the State to a competent and a worthy successor in the person of Prof. Babagana Zulum.”