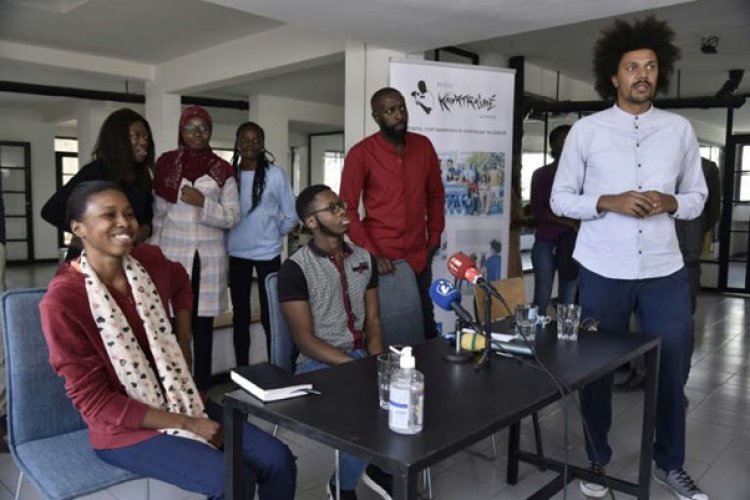 It’s the tale of a boy who cheats on his fiancée -one misdeed too many in a selfish life and in desperation turns to a genie for help. The genie gives the errant lad five magic cowrie shells to wipe the slate clean, but these will only work if he uses them wisely.

This is the idea for a script pitched by Kine Niang, a 30-year-old student screenwriter at new film school in Senegal that hopes to unlock Africa’s movie-making potential.

Housed in a beautiful old office building converted into a cultural space in the capital Dakar, the school is the first venture in Africa by a ground-breaking collective that offers free training in filmmaking.

The scheme is being pushed by Ladj Ly, a French director and screenwriter who won the jury prize at Cannes in 2019 for “Les Miserables” — a film about urban violence, set in the gritty Paris suburb of Montfermeil where he grew up.

His collective, Kourtrajme, has already helped set up two other such schools, one in Montfermeil and the other in Marseille. They offer training in cinema and other audiovisual professions, free of charge and without conditions of age or academic qualifications.

Ly and Toumani Sangare, a director who co-founded Kourtrajme in 1995 and is the school’s co-head, both have roots in Mali and were keen to find their latest venture there. But serious unrest thwarted the plan.

Even in more peaceful Senegal, Ly and his partners would have appreciated a few magic cowries to make the task easier, with red tape and the COVID pandemic hampering progress.

Fame “opens a lot of doors”, said Ly, “but it is still an obstacle course, to tell yourself that you want to create free schools, open to all.”