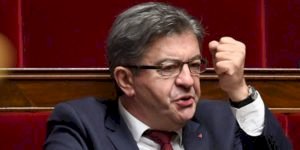 The capital Conakry and several towns in the interior are the scene of violent clashes between pro-Cellou demonstrators Dalein Diallo and the security forces.  The clashes resulted in deaths and significant material damage.

From France, the leader of rebellious France, Jean Luc Mélenchon expressed his solidarity with the people.

“In Guinea, Alpha Condé has been shooting his people, in revolution since October 2019,” he wrote in a message posted on his Twitter account.

He expressed a "moving thought for the teenagers who have fallen by bullets".

Angry, he denounced the silence of the French authorities and the international community on the post-electoral crisis that Guinea is going through.

"Macron and the international community are looking away," he hammered, assuring that "Guinea is only interested when it comes to looting its mines".