FG Worries Over Situation In Chad, Moves To Control Influx Of Refugees, Weapons 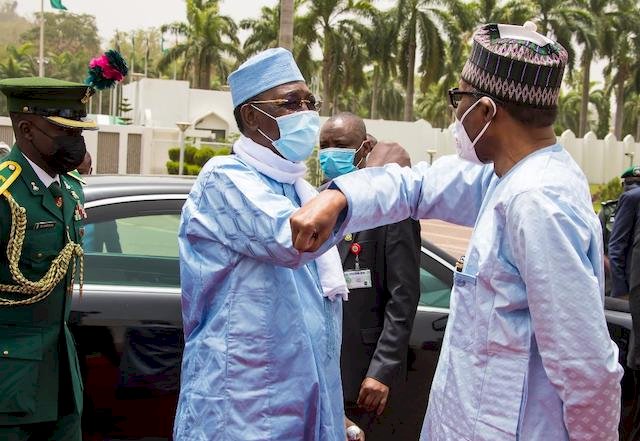 The Federal Government has expressed concern over the current situation in the Republic of Chad, following the death of President Idriss Deby.

The Minister of Defence, retired Major-General Bashir Magashi disclosed this to State House reporters on Thursday in Abuja while fielding questions at the seventh edition of the ministerial briefing organised by the Presidential Media Team.

Magashi, who said he knew Nigeria would be most hit by the demise of Deby, voiced the commitment of the Federal Government to control the influx of refugees and weapons.

He said the absence of Deby’s influence on the borders which might worsen security situation in Nigeria and other neighbouring countries underscored the need to beef up security around borders, particularly with the Republic of Chad in view of the ongoing unrest in the country.

According to him, “If there’s no security in Chad, there will be a lot of trouble for all neighboring countries. But thankfully, we have a lot of ongoing military cooperation, through the Multinational Joint Task Force (MJTF), which we expect to continue. We remain mindful of our borders and developments in Chad.”

Magashi said: “When we heard of this unfortunate killing of the Chadian President, we knew that problem is bound to be replicated among neigbouring countries and Nigeria will be most hit by his absence. If there is insecurity in Chad, there will be a lot of problems. But thank God, we have a lot of military activities with the Chadian, Niger, Cameroon, we have all that military concern. So, in the name of that Multinational Joint Task Force (MJTF), all these countries, including Chad, are contributing countries for the operation. What we hope that very soon, we will find a secure way of the continuation of the activities we’re supposed to be doing. The problem is now going to be aggravated. Because we are not sure the direction in which that country is going to face. But I assure you that we are mindful of our borders, we are mindful of the development, and politically, the government is putting its head together to see how best they can restore the peace in that country.

“So, security wise, we’re beefing up all borders to ensure that refugees did not flow into a country. Even Nigerians there I’m sure some of them would like to come back. We have to make ready. Let’s prepare for them and not allow them to come in and use others to come because of the problems that they will create.

The issue of weapons and armament. We are also afraid of that. Before now, Chad has been the one stopping most of these infiltration of weapons and the rest of it. Now, that is free for all right from Libya down to Nigeria. It’s very easy now because the absence of the influence of Chad in that route. So, we also have to take care of that. I think we are on top of the situation. All we are praying is that African countries will find a solution to the problem of Chad and get in a more corrective society as respected by international organisations.”

Magashi, who described the current attacks on police formation in the southeast as an affront on Nigeria’s security architecture, warned that such would no longer be tolerated.

He said the killers of 12 soldiers in Benue State would be brought to book, stating that:“Whoever touches the military has no regard for this country.”

The defence minister said nine of 12 weapons belonging to the murdered soldiers had been recovered and that arrests were being made.