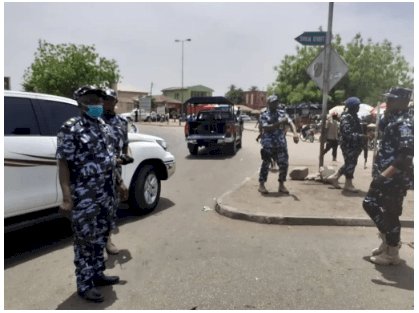 The killing of the kidnappers followed credible information received by the police that unknown gunmen had kidnapped three victims at different locations to an unknown destination.

The Police Public Relations Officer, DSP Wasiu Abiodun, said the operatives with local vigilantes mobilised and trailed the hoodlums to a forest near Fapo village, Lapai Local Government Area where they were engaged in a fierce gun battle.

“As a result, three suspected kidnappers were fatally gunned down, two AK47 rifles and one locally fabricated AK47 rifle were recovered, while other members of the gang escaped with gunshot injuries and the three victims were rescued unhurt,” he said.

Meanwhile, the Commissioner of Police, Adamu Usman, has called on members of the public to remain calm as the command will continue the onslaught against the hoodlums in the state and urged the people of Niger to report anyone with bullet wounds, or suspicious behaviour to the nearest police division

Ebonyi Crisis: 55 Out Of 66 Arrested Suspects Escape From Custody