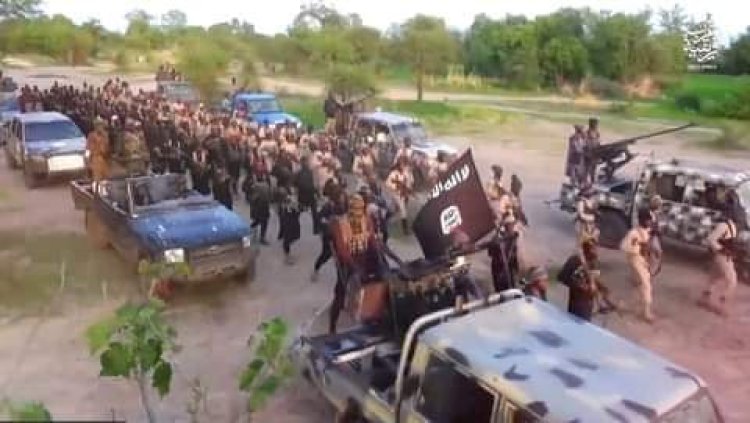 They will be assisted by more than 200 ISIS mercenaries from Libya and Syria currently in the Sabon Tumbu axis.

Their arrival coincided with the installation of Sani Shuwaram as the new ISWAP leader (Wali). He succeeds Malam Bako.

Bako was killed while leading the sect in acting capacity after the death of Abu Musab Al-Barnawi.

Al-Barnawi, son of the late Boko Haram founder Mohammed Yusuf, was eliminated during a battle with security forces.

The ISIS fighters now within the Nigerian territory observed Jummat prayers on Friday at Sabon Tumbu in the Lake Chad region.

The planned assault in and around Borno border villages seeks to consolidate ISWAP’s grip in the zone.

It is already established that ISIS, through ISWAP, desires to take over towns and enforce Islamic rule in spite of ongoing military campaigns against their activities.