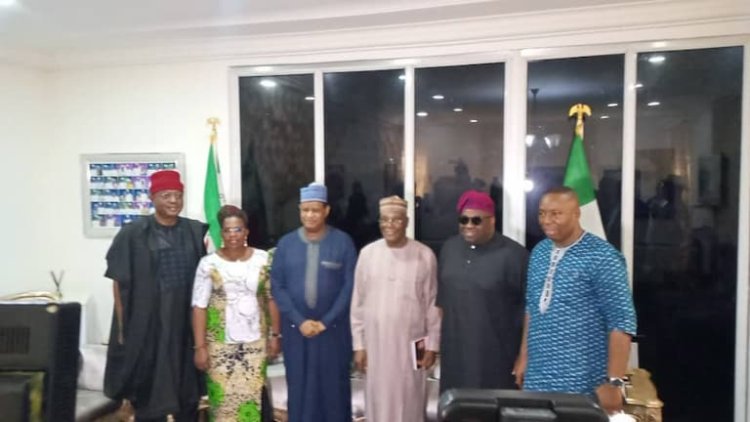 Among those who attended were Dele Momodu, Tari Oliver, Charles Ugwu and Kalu Chikwendu.

Although from the north, Mohammed Hayatu-Deen also attended the meeting.

Atiku at the meeting commended those in attendance for accepting the outcome of the convention that produced him as the PDP standard bearer.

He promised to work with all of them ahead of the 2023 general elections, adding that they have various roles to play in the campaign.

At the primaries presidential in May, Atiku polled 371 to defeat his closest rival, Wike, who polled 237 votes.

Following the outcome of the primary, Wike has been at loggerheads with Atiku over the nomination of Governor Ifeanyi Okowa of Delta State as the Vice-Presidential candidate.