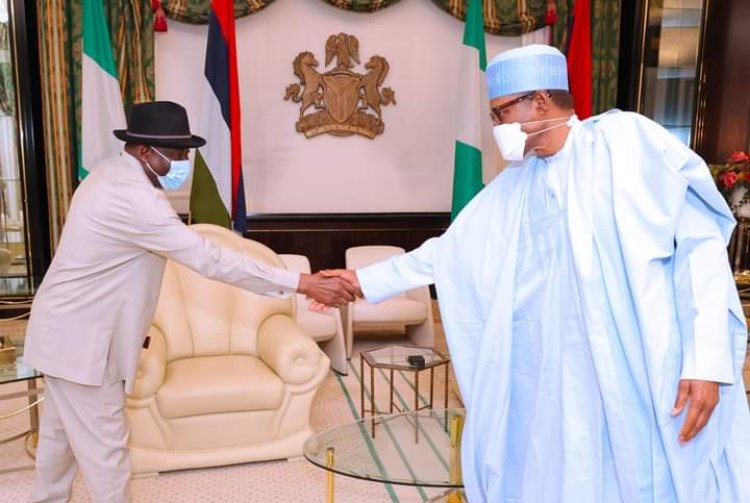 The President spoke on Wednesday at State House, Abuja, while receiving updates from former President Goodluck Jonathan on the face-off between Mali and Cote D’Ivoire over detained Ivorian soldiers.

The Special Adviser to the President on Media and Publicity, Femi Adesina, said Jonathan is ECOWAS Special Envoy on the situation in Mali.

He said about 49 Ivorian soldiers had been detained in Mali for ‘unlawful entry,’ and only the three females in the team had been released.

Adesina said the development was threatening a rupture in the relationship between the two countries.

He said, “Cote D’Ivoire has condemned the act as ‘hostage taking,’ and says it may take action, hence the need for intervention of ECOWAS leaders, as advocated by the Special Envoy, former President Jonathan.”

According to him, President Buhari pledged an initiative from Nigeria, towards immediate resolution of the impasse