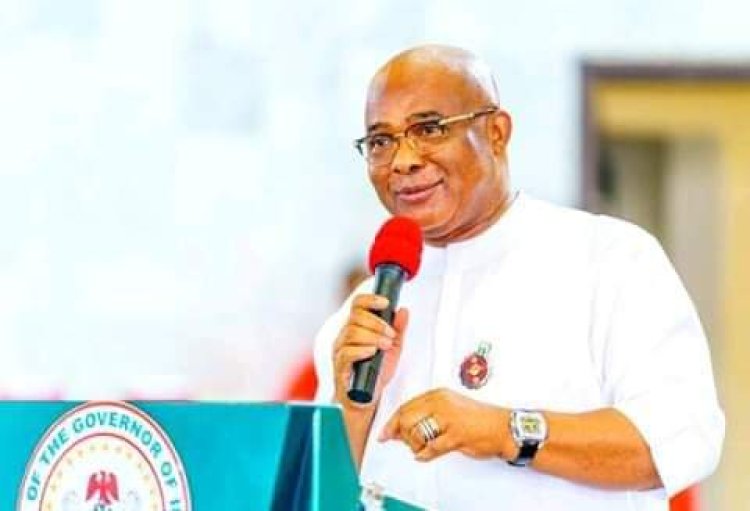 Governor Hope Uzodimma has blamed those he called political bandits for the bombing of the home of the President General of Ohanaeze Ndigbo, Prof George Obiozor.

He described the attack on the country home of Prof Obiozor as a cowardly act and the height of desperation.

In a statement, Uzodimma regretted that desperate politicians who believe in violence were yet to sheath their swords inspite of repeated appeal to that effect.

He vowed that the government was already working in concert with security agencies to identify and punish the perpetrators.

He bemoaned the incessant resort to violence in settling political differences by some politicians in the state, and warned that the government would no longer condone such banditry.

According to him, the time of those who unleash this kind of mayhem in the state is over.

“We shall hunt them down to face the full weight of the law”, he said.

He wondered why the bandits should attack the home of a man who is not a politician but a statesman working for the good of the entire Igbo race.

He said it was shameful that both the sponsors and perpetrators of the violence deployed their malicious attack on an innocent man.

While commiserating with Prof Obiozor on the burning of his home, he assured Imo people that Government will continue to do all within its constitutional power to protect lives and property in the state.