UN COMMENDS FG ON IMPROVEMENT OF HUMANITARIAN ACCESS IN NORTH-EAST 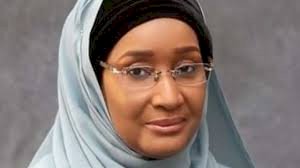 Amidst international concerns on the activities of terrorists and violent extreme groups in the North-East, the United Nations has commended the Federal Government’s efforts to improve humanitarian support in the region, saying the Buhari Administration “has taken important steps to improve access to people in need.”

Lately, some international humanitarian Non-Governmental Organisations (NGOs) have expressed worry on their inability to operate effectively and distribute relief materials in parts of the North-East because of security concerns especially in some remote areas of Borno State.

In a bid to reverse the trend and ensure effective access to vital food supplies, the Humanitarian Affairs Minister, the National Security Adviser and members of the National Humanitarian Coordination Committee, escalated the matter to the Presidency. The President then mandated the Vice President to work with the Committee, Governors in the region and relevant MDAs, including service chiefs to resolve the matter in conjunction with international NGOs and multilateral agencies operating in the region. The Vice President then held series of meetings, bringing together the governors, all the relevant government agencies and representatives of international agencies and INGOs.

This intervention by the Presidency has led to a renewed and coordinated effort of providing a new template that supports the activities of the INGOs and offers a more secured access to the areas in question.

In reaction to this intervention and new arrangement, the United Nations Secretariat in a briefing last week by the Under Secretary-General for Humanitarian Affairs and Emergency Relief Coordinator, Mark Lowcock to the UN Security Council said:

“I am pleased to report we have had constructive engagements in recent days with the Nigerian authorities, and the Government has taken important steps to improve access to people in need, which we look forward to building on further.”

Lowcock had indicated earlier that “In north-east Nigeria, as we told you…violence by extremist non-state armed groups is largely responsible for driving up humanitarian need.”