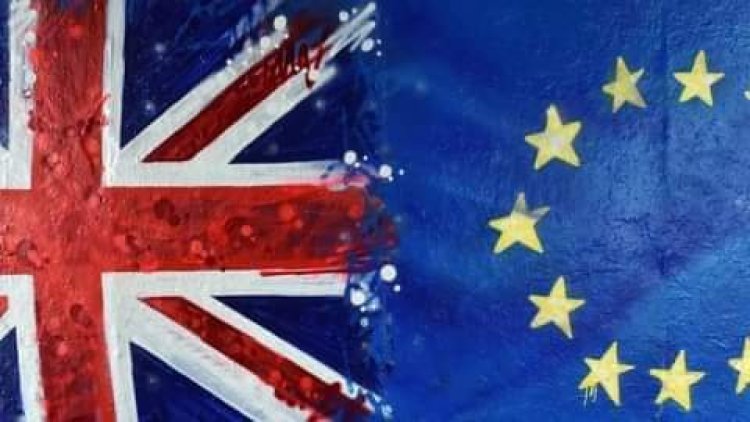 The UK is weighing up whether to attend a new European political "club of nations" next month.

The first meeting of the "European Political Community" is due to be held in Prague in early October.

Downing Street wants to see more detail on the summit before Prime Minister Liz Truss commits to attending it and no final decision has been made.

The European Political Community is an idea championed by the French President Emmanuel Macron.

He proposed it, in May, as a "new space" for co-operation.

Mr Macron suggested the group could discuss security, energy and transport as well as the movement of people, particularly the young.

The broad intention is to establish a forum that goes beyond the immediate 27 EU member states.

Similar ideas have been floated for decades but this is the first big push for such a forum since Brexit.

UK officials are said to be seeking assurances that the meeting will not be too dominated by EU countries or institutions.

Britain would want to see other "big players" from outside the EU in attendance.

All 27 members of the EU are set to be invited as well as the UK, Ukraine, Norway, Switzerland and Turkey.

EU officials have told the BBC that a "save the date" memo has gone to capitals, with formal invitations to follow.

But, before responding, there are indications Britain also wants to consult Ukraine's government, as well as the defensive military alliance, Nato.

The inaugural meeting of the 'European Political Community' is due to take place on October 6th in the Czech capital, Prague.

A provisional agenda suggests discussions would centre on Russia's invasion of Ukraine, the economy and Europe's energy crisis.

However, there are few details about what such a "political community" would look like in the longer-term.

Critics, within the EU, are wary of what they see as a "vague" French-led project.

There's also suspicion that France, a known sceptic of EU expansion, wants to create a "parking lot" for countries who aspire to join the European Union.

EU leaders have insisted the community would not "replace" its enlargement policy.

Ukraine became an official EU candidate country in June while numerous Western Balkans nations have been in the process of trying to join the bloc for years.

Getting Britain around the table, to discuss core issues facing the continent, is now a key aim - according to some EU diplomats.

There are hopes the gloomy economic outlook and energy crisis could bring Liz Truss to the table.

However, there are concerns that the new UK prime minister will ultimately turn down the offer, in part to avoid antagonising some Conservative Eurosceptics.

Timing has also been raised as an issue with the summit taking place just a day after the Conservative party conference.

As foreign secretary, she said that Nato and the G7 were the UK's "key" military and economic alliances.

Her predecessor as prime minister, Boris Johnson, appeared to express interest in the proposal, even claiming "paternity" of it.

The new UK government is said to have given the issue "limited" attention so far, following the death of Queen Elizabeth II.

Ms Truss is expected to hold talks with President Macron and European Commission President Ursula von der Leyen at the UN General Assembly in New York, within the coming days.

Relations between Brussels and London have been strained by an ongoing row about post-Brexit arrangements for Northern Ireland; an issue the pair are expected to discuss.
Source: BBC