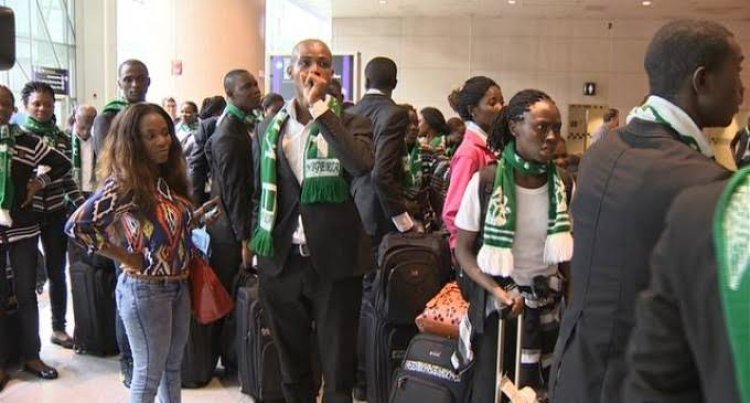 The Federal Government has promised to embark on the evacuation of Nigerians living in Ukraine as soon as the airports in the country are opened.

The Federal Government made the promise on Thursday in a statement by the spokesperson for the Ministry of Foreign Affairs, Francisca Omayuli, following the invasion of Ukraine by neighbouring Russia.

The government also assured Nigerians of its commitment to ensuring the safety of the lives of citizens living in Ukraine.

It added that measures were actually being taken to safeguard the lives of Nigerians in Ukraine.

“The Federal Government of Nigeria has received with surprise, reports of the invasion of Ukraine by Russia.

“The Ministry of Foreign Affairs has been reassured by the Nigerian Embassy in Ukraine of the safety of Nigerians in that country.

“And measures are being taken to keep them safe and facilitate the evacuation of those who wish to leave.

“The Federal Government wishes to assure families with loved ones in Ukraine that as soon as the airports in the country are opened, it will assist in facilitating the evacuation of Nigerians who are willing to leave.

“In the meantime, the Nigerian Mission has confirmed that military action by the Russians has been confined to military installations.”

Biden Orders Release Of 50 Million Barrels From US Oil...