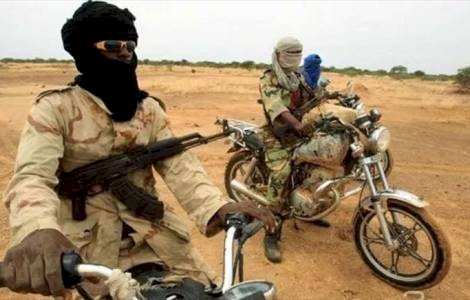 A jihadist attack on a village in eastern Burkina Faso this week killed 25 people, while 11 assailants were “neutralised,” according to an official provisional toll Wednesday.

Two of the 25 were members of the Volunteers for the Defence of the Motherland (VDP), an anti-jihadist civilian defence force, Communications Minister Ousseni Tamboura said in a statement.

The volunteers “put up heroic resistance to the enemy, enabling 11 terrorists to be neutralised,” the statement said of Monday’s attack.

The raid, targeting the village of Kodyel was one of the deadliest to hit the country in its more-than five-year-old battle with jihadists.

More than 1,300 people have been killed and one million have fled the violence since 2015.

Tamboura said that “sweep operations” were still under way.

The VDP was set up in December 2019 to help Burkina’s poorly-equipped military fight jihadists but it has suffered more than 200 fatalities, according to an AFP tally.

The volunteers are given two weeks’ military training, and then work alongside the security forces, typically carrying out surveillance, information-gathering or escort duties.

The latest attack came just a week after three Europeans — two Spanish journalists and an Irish wildlife activist — were killed in an ambush against an anti-poaching patrol.(AFP)