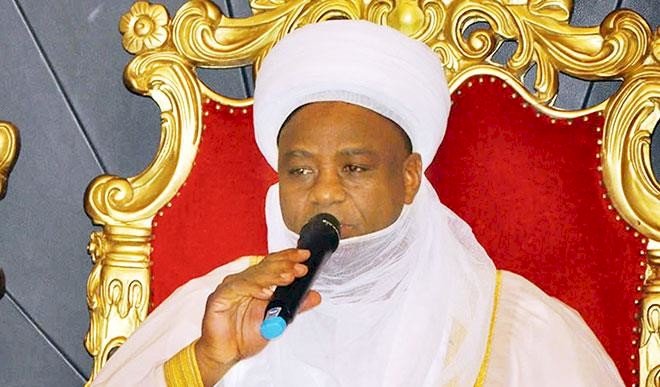 The Sultan says insecurity in the north is so terrible that people now leave foodstuff in their houses for bandits.

The Sultan of Sokoto, Muhammadu Sa’ad Abubakar, has decried the rising insecurity in the northern part of the country, saying it is so bad that people are now scared to travel.

The traditional ruler said this at the fourth quarterly meeting of Nigeria Inter Religious Council (NIREC) held in Abuja, the nation’s capital, on Thursday.

Mr Abubakar said the security situation in the north was so bad that ”people leave foodstuff in their houses for bandits.”

The monarch called for an urgent national dialogue to deliberate on some of the critical issues bothering the nation.

”We need to sit down in a very serious national dialogue to discuss these issues.We have not run out of patriotic, distinguished Nigerians who can proffer solutions to the problem,” he said.

”What we lack is implementation. We do not like doing the right thing, we always cut corners. That is our problem,” Mr Abubakar lamented.

He also said there was need to deliberate on the hike in food prices in the country, saying, ”the most humorous being the high cost of onions.

The traditional ruler said the high cost of onion in the country today was an indication of the terrible economic situation Nigerians are confronted with.

Speaking at the same event, the Secretary to the Government of the Federation, Boss Mustapha, charged NIREC to continue preaching peace and promoting youth engagement.

Mr Mustapha also regretted that Nigeria is still faced with insecurity in spite of government’s efforts.

The SGF, who hailed the theme of the conference: “Questing for peace in the challenges of insecurity and COVID-19”, said it was very apt considering the fact that peace and security were very critical ingredients for growth and development.

“Despite all efforts including the deployment of enormous resources, our country is still facing a measure of insecurity which is impacting negatively on our economy, social life, education and investment and remains a threat to lives and livelihood.”

He, however, urge NIREC to use its traditional and religious capacities to further escalate it’s outreach to all Nigerians, especially the youth at the grassroots.

In his own submission, the president of the Christian Association of Nigeria (CAN), Samson Ayokunle, who is also a co-convener of NIREC, said the development that led to #EndSARS protest was very unfortunate.

”The development that led to #EndSARS protest was quite unfortunate, and one of that development is police brutality which ought to have been addressed before now.

”We have never witnessed such mass action in Nigeria before.

“People were frustrated and those in power didn’t respond appropriately until it degenerated to that level,” he said.

He called on the government to address the concerns of the #EndSARS protesters instead of clamping down on them.

“I will still call on the government to address the problems that led to the situation, than to be clamping down on the people that participated in the #EndSARS protest”, he added.

Apart from the hike in prices of foodstuff, the government has also recently increased the price of electricity tariff and that of the pump price of fuel.