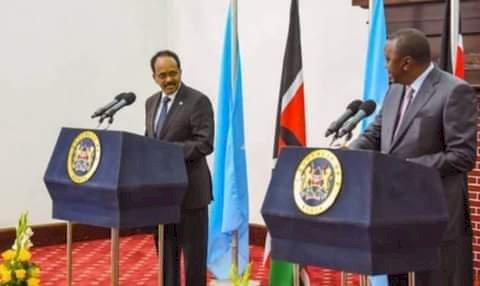 Somalia has broken off its diplomatic ties with Kenya after the leader of self-declared Somaliland visited Kenya earlier in the month, Information Minister Osman Dubbe said on Tuesday.

“Somalia wants all its diplomats to go back to Mogadishu and Kenyan diplomats have 7 days to leave the country,’’ Dubbe said in an televised announcement, as quoted by The Standard.

The announcement, made at about 1:40 a.m. local time, 22:40 GMT, Monday, comes in the wake of Somaliland President Muse Bihi’s three-day visit to Kenya starting on Sunday.

Somaliland declared its independence from Somalia in 1991, and while it maintains relations with some countries on the continent, including Kenya, it is not recognised by any nation or organisation.

Inauguration: Biden To Sign Executive Orders On Day One...