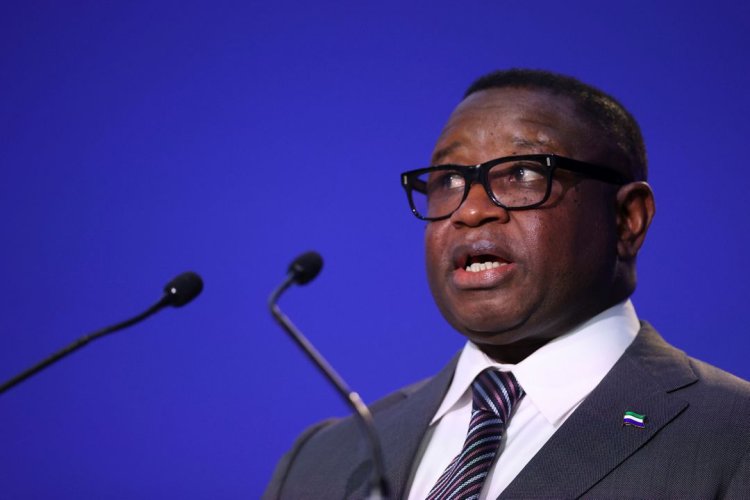 FREETOWN, Nov 11 (Reuters) - Sierra Leone's chief auditor Lara Taylor-Pearce, who has been widely praised for her efforts to improve government accountability, said on Thursday President Julius Maada Bio had suspended her while the attorney general investigates her office.

The suspension comes weeks before her office is due to present an annual audit of the government's handling of public finances in 2020.

Taylor-Pearce told Reuters she was handed a letter addressed to the supervisory board of the state audit service (ASSL) that requested she and her deputy be immediately suspended while the attorney general sets up a tribunal to look into ASSL's work.

"I have not been told what the remit of this tribunal is or what wrongdoing we are supposed to have committed," she said.

"ASSL has always maintained the highest standards at all times and we deny any wrongdoing in the exercise of our mandate."

The office of President Julius Maada Bio did not respond to requests for comment.

Taylor-Pearce has served as auditor general for 10 years, earning a reputation for efforts to improve public sector accountability. She won international praise for her real-time audit of the financing of the 2014-2016 Ebola pandemic response, which exposed significant corruption.

Some non-governmental organisations expressed surprise at her suspension.

"We find it particularly difficult to understand this decision given the fact that Madam Taylor-Pearce has [for] over a decade provided high-quality service," said a statement from Sierra Leone's Institute for Governance Reform.

Ibrahim Tommy of the Centre for Accountability and Rule of Law (CARL) said the government should proceed quickly with the tribunal so Taylor-Pearce can return to work if there is no evidence against her.

2023: I’m Not Stepping Down For Tinubu, Yahaya Bello Debunks Rumour