Sanusi’s epistle for Atiku, Tinubu, others 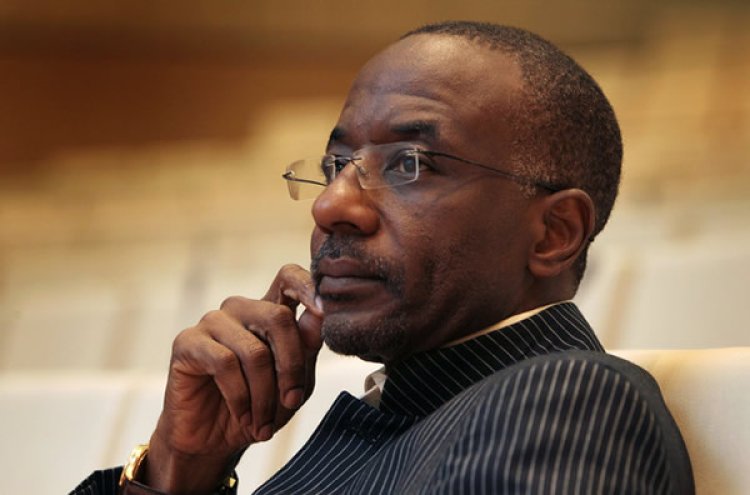 EACH  time Emir Sanusi Lamido Sanusi speaks, his words sting the powerful like the poisonous teeth of a viper.  At the same time, like a pool of water in a desert, Sanusi’s words refresh the larger society who are bewildered at the contradictory and chaotic policies and strategies of those who conduct the affairs of the nation to shipwreck, Theophilus Abbah writes in this book review.

As governor of the Central Bank of Nigeria from 2009 to 2014, Sanusi showed how a public servant could stand out from the crowd, take measures that were not conforming to traditions, and never failing to cry wolf when one emerges to devour his flock.

Not departing from these unique characteristics, Sanusi cast off the garment of conservatism as Emir of Kano, and spoke up about socio-economic wrongdoings that impacted harshly on the larger population.

Learned, fearless, unconventional, and urbane, Sanusi is loved and feared because of his intellectual prowess; being a banker and religious philosopher whose firm grasp of Islamic Jurisprudence makes it difficult for anyone to ignore his viewpoints on religion and governance in Nigeria.

For those familiar with the uniqueness of SLS, the contents of his book, For the Good of the Nation, come as a periscope by which readers could view the consistency in the values, thoughts and philosophies of this Nigerian, since the late 1990s until the present dispensation.

Divided into five parts, the themes explored in the book are as follows: Identity, Politics & Democracy; Reflections on Shariah; SLS and The Gender Question; Islamic Theology and Philosophy and Interviews.

Each contains topics of religious and political debates in Nigeria since the late 1990s upto the current dispensation. For instance,  Nigeria’s return to democratic rule in 1999 coincided with an era of religious politics, a consummation of a long struggle by the elite in the North to redefine politics in Nigeria.

The tumultuous Sharia movement that engulfed many states in the North attracted torrents of arguments, as the dust of the agitation threw the polity and people of Nigeria into apocalyptic uncertainty. Seen by a narrow few in the political elite as the pathway to utopia, state after state in the North-West and North-East lined up behind the Rule of Shariah, like the silver bullet to our ailments as a nation.

In the midst of that cacophony,   a lone voice in the wilderness warned the people against gullibility. That voice was that of Sanusi Lamido Sanusi, who exposed the political class as using Shariah as a political bait for the votes of the Muslim population in Northern Nigeria.

This, Sanusi did through newspaper articles, chapters in books, speeches he presented as guests at various events, and interviews he granted media organizations over the years.

He was unsparing in a 1998 article in Weekly Trust on the topic: “On the Islamisation of Politics & the Politicization of Islam. ” In it, Sanusi dissected Islam and politics, but faulted the mischief to which politicians use Islam in their quest for political power.

He says, “Our greatest task is to fight against those politicians who seek to gain or hold on to power in the name of Islam or the North, as a route to looting the national treasury and treating the country like a private estate to be shared among family members and friends.

Without a doubt, this country has been brought to its knees, its citizens victims of the highest degree of economic mismanagement, political repression and breach of faith on the part of its leaders… Without a doubt, every government in Nigeria over the past two decades (except Shonekan’s 3-month Interim Contraption) has been headed by a Northern Muslim.

In each of these governments, Muslims and Northerners have held important portfolios.

These Muslims and Northerners have not achieved anything worthy of note on behalf of the North or Islam. The last government, in particular waged a relentless war against sections of the Islamic Movement, subjecting its leadership to arbitrary and extrajudicial executions, arrest and detention” (p37).

The author claimed that advocates of restructuring failed to realise that Nigeria was no longer what it was in the 1950s and 1960s. As the cliche goes, much water had passed under the bridge; therefore, the society has transformed from the pre-civil war era through a long era of military rule, and democratic experiments that departed diametrically from the First Republic.

Looking at the contemporary Nigeria from how the citizens of South-East origin were viewed, Sanusi argued that it was an error to treat the Igbo man in today’s Nigeria with the biases evoked by the three-year civil war.

He wrote, “Our present political leaders have no sense of history. There is a new Igbo man, who was not born in 1966 and neither knows nor cares about Nzeogwu and Ojukwu. There are Igbo men on the street who were never Biafrans. They were born Nigerians and are Nigerians, but suffer because of actions of earlier generations… They will soon decide that it is better to fight their war, and maybe find an honourable peace, than to remain in this contemptible state in perpetuity.” (p25)

“Our present political leaders have no sense of history. There is a new Igbo man, who was not born in 1966 and neither knows nor cares about Nzeogwu and Ojukwu. There are Igbo men on the street who were never Biafrans. They were born Nigerians and are Nigerians, but suffer because of actions of earlier generations… They will soon decide that it is better to fight their war, and maybe find an honourable peace, than to remain in this contemptible state in perpetuity.” (p25)

As if those lines were predictive, Nigerians today are living witnesses to the agitations in the South-East, anchored on the ill-desire to revive the spirit of Biafra. Complaining about discrimination and marginalisation, some young men and women from the geopolitical zone have come together to unleash mayhem on the country  under the Indigenous People of Biafra (IPOB). They now constitute a wild security challenge to the country.

Writing further on this theme, Sanusi argues thus: “If only we would look, we would find that the values that make a good Fulani, Yoruba, Kanuri or Bini man; the values that make a good Christian and a good Muslim; are the same. If only we had  in each part of the country, a leadership with the vision to recognise this, to harness this, to bring together good Yoruba, Hausa, Igbo, Ogoni and Angas men and women, Christians and Muslims, to run the affairs of this country, we would find peace.” (p26).

Apart from warning against the danger of regional biases in the polity, Sanusi demonstrated his robust understanding of the Islamic faith in various articles that make up the 500-page book, as he discusses Islam and culture, democracy, economy,  Almajirai, Islamic State, finance, and banking in Nigeria.

His views are primarily idyllic and eloquently radical, a departure from those in his position whose desire to be politically correct makes them to err into complacency and undue compromise of standards. Some of his values manifested in the probe of the banking sector during his tenure as CBN governor, and his disagreement with his supervisory Minister of Finance, Ngozi Okonjo-Iweala, during the tenure of President Goodluck Jonathan.

Though some of the essays that make up the collection were written over two decades ago, the arguments are still fresh and contemporary, as they touch on religion and politics; corruption and economic mismanagement; and the lack of focus by those in power.

The battle for 2023 is being fought on the fields of ethnicity and religion, as politicians deliberately employ schemes that grow division among the voting population instead of fostering unity, peace and cohesion.

Current political gladiators, like Asiwaju Bola Tinubu, of the All Progressives Congress (APC), Alhaji Atiku Abubakar, of the Peoples Democratic Party (PDP), and Peter Obi of Labour Party, would need to read the book to familiarise themselves with the issues and assumptions that Sanusi tackled dispassionately, and borrow ideas on how to deal with such situations.

Nigeria is caught in the thicket of errors. But the blunders are not natural; they are the handiwork of manipulative politicians who realise that ethnicity and religion are the weak points of the populace, and invoking one or both of them would guarantee their political success for personal aggrandizement.

*Theophilus Abbah, PhD, is the programme director of Daily Trust Foundation and Fellow, Chartered Institute of Forensic Investigations and Fraud Examiners of Nigeria.

THE COW IS NOT FULANI