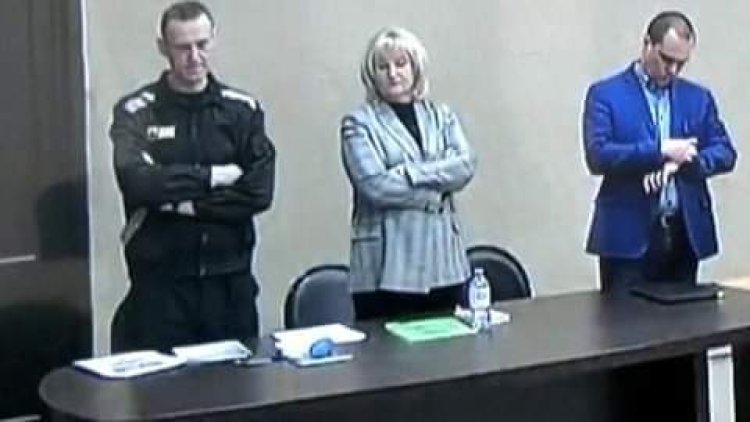 Russia's most prominent opposition figure Alexei Navalny, has been found guilty in a fraud trial on charges rejected by supporters as fabricated.

Navalny was jailed when he returned to the country last year, after surviving a poisoning he blames on the Kremlin.

He was initially given three and a half years in a penal colony for breaking bail conditions while in hospital.

Prosecutors now want him to serve another 13 years on accusations of fraud and contempt of court.

They accused him of stealing $4.7m (£3.5m) of donations given to his now banned political organisations.

Delivering her verdict, Judge Margarita Kotova said Navalny had carried out "the theft of property by an organised group". She also found him guilty of contempt of court.

A visibly gaunt Navalny folded his arms and exchanged comments with his lawyer as the ruling was read out.

The trial was held at the penal colony in Pokrov where Navalny was sent last year after being jailed for failing to observe bail conditions, while he was being given life-saving treatment in Berlin for the August 2020 nerve agent attack.

Navalny's spokeswoman Kira Yarmysh said that while the attention of the world was focused on Ukraine, "another monstrous crime was being committed inside of Russia".

She said it was not just his freedom that was at stake but his life as well, because his accusers had already tried to kill him in Siberia. Ms Yarmysh said he faced being transferred to a high-security colony with much stricter conditions than he currently had.

The trial has been dismissed as a sham by Amnesty International and German Chancellor Olaf Scholz has condemned it as incompatible with the rule of law.
Source: BBC