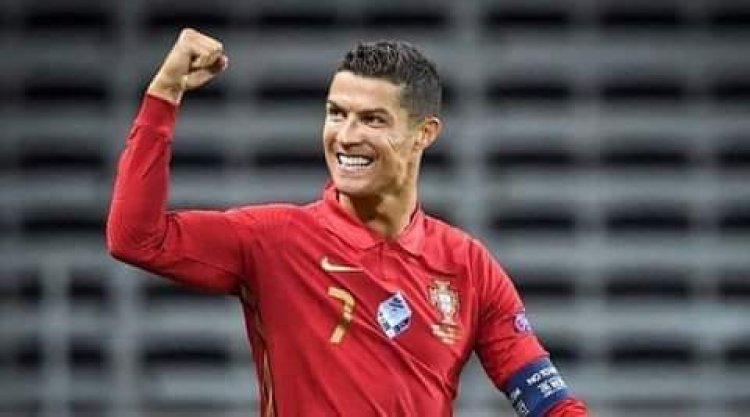 Cristiano Ronaldo conceded that Sunday’s 2-1 defeat to Serbia was “tough” but vowed that Portugal’s hopes of qualifying for the 2022 World Cup are “still very much alive.”

In spite an early goal from Renato Sanches in Lisbon, an equalizer from Dusan Tadic and a 90th-minute Aleksandar Mitrovic header saw Serbia leapfrog Portugal to win Group A in World Cup qualifying.

Fernando Santos’ men must now go through the play-offs in March if they are to qualify for the showpiece tournament.

Though captain Ronaldo reassured he still believes his side will qualify for Qatar.

“Football has shown us time and time again that, at times, it is the most winding paths that lead to the most desired outcomes,” the 36-year-old posted on Instagram.

“Yesterday’s result was tough, but not enough to get us down. The objective of being present at the 2022 World Cup is still very much alive and we know what we have to do to get there. No excuses.”

Ronaldo scored six goals in seven games for his country in qualifying, which included a goal against the Republic of Ireland that saw him become the all-time record goal scorer in international football, overtaking Iran’s Ali Daei, 109.

Portugal head coach Santos played down a gesture made by Ronaldo after the late defeat.

He insisted that his captain was referencing March’s reverse fixture in Belgrade, in which Ronaldo was not awarded a stoppage-time goal despite the ball appearing to cross the line in the 2-2 draw.

“Nobody was explaining anything,” Santos told reporters when asked about Ronaldo. “He was telling the other guy that there [in Serbia] he had scored a goal at the last minute and that the referee didn’t count.

“That’s what he was saying at the time. It was not a matter for us to be there now. On the field, he said that we scored a goal there and the referee didn’t, but it’s his outburst. It’s perfectly normal.”

Footballer Lamin Jallow Could be Sold for over 11Million...

The Senegal beat Guinea Bissau and qualified for CAN 2021