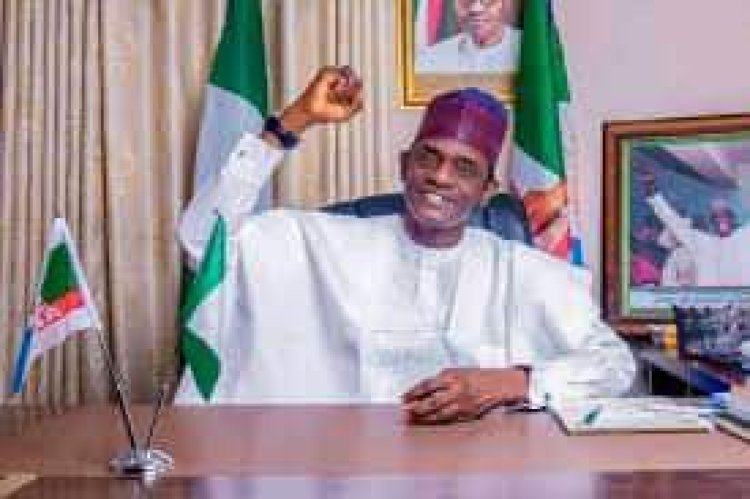 The Nigerian Supreme Court has affirmed that the leadership Governor Mai Mala Buni as Chairman, Caretaker/Extraordinary Convention Planning Committee (CECPC) of the ruling All Progressives Congress (APC) is legal and lawful.

The apex court, according to the extract released by the APC, the court also held that Mai Mala  Buni’s position as Acting Chairman of the Caretaker and Extraordinary Convention Planning Committee is not contrary to the provision of Section 183 of the CFRN as same is on a temporary basis which is not akin to Executive office or paid employment as envisaged by Section 183 of the CFRN.

There have been controversies and misinterpretations of the judgement over governor Mai Mala Buni headship of National Caretaker Committee of APC since the apex court recently delivered its judgement in favour of APC’s governor Rotimi Akeredolu of Ondo state and his challenger, Eyitayo Jegede of the Peoples Democratic Party (PDP) over the former’s nomination.

But in a full judgment of the Supreme Court extrated and a copy made available to newsmen by a member of the CECPC, Prof. Tahir Mamman SAN, the apex court held that “the law is and still remain that the provisions that govern sponsorship and nomination of candidates in an election are: Sections 31 and 87 of the Electoral Act, 2010 as amended.

“That there is no provisions in the Electoral Act prescribing any form for forwarding or submission of the sponsored candidate of a political party in an election.

“Sections 177 and 182 of the CFRN which make provisions for qualifications and disqualification of candidates for Governorship election are exhaustive and leave no room for any addition.

“That no other Law/Act can be relied upon to disqualify a candidate in an election save for the provisions of Section 182 of the CFRN.

That non-compliance with INEC directives (regulations, guidelines or manuals) for the purpose of election but which is not contrary to the provisions of the Electoral Act shall not of itself be a ground in an election petition.

“Paragraph 17 (a) of the First Supplementary to Regulations and Guidelines for the Conduct of Elections cannot be relied upon as ground to question the return of a candidate in an election.

“That sponsorship of a candidate in an election is that of the party and not the individual Officer of the party forwarding the name of the candidate.

“That the National Executive Committee (NEC) of the party is empowered to create, elect and appoint Committees (including the instant CECPC) or any other committee it may deem necessary to act in any capacity.

“On the strength of all the above position of the Supreme Court in the instant case and other earlier decided cases cited in support, it is our opinion that the Caretaker and Extraordinary Convention Planning Committee (CECPC) headed by Governor Mai Mala Buni is on firm ground to proceed with its mandate as given by the National Executive Committee of the APC.”

According to the extract of the judgment on the validity of Mai Mala Buni acting as a sitting Governor in the position of Chairman, Caretaker, Extraordinary Convention Planning Committee of the APC vis a vis the provisions of Section 183 of the CFRN and Articles, 13.3(vi) and 17(iv) of the Constitution of the APC 2014 (as amended) and the effect on the APC or the qualification of its candidates; the Supreme Court relied copiously on the Judgment of the Court of Appeal and agreed with same in resolving the issue.

Congratulations Your Excellency and all members of the APC Caretaker Extraordinary Convention Planning Committee.

WHAT YOU MIGHT NOT KNOW; Umoja: An All-Women Village In Kenya