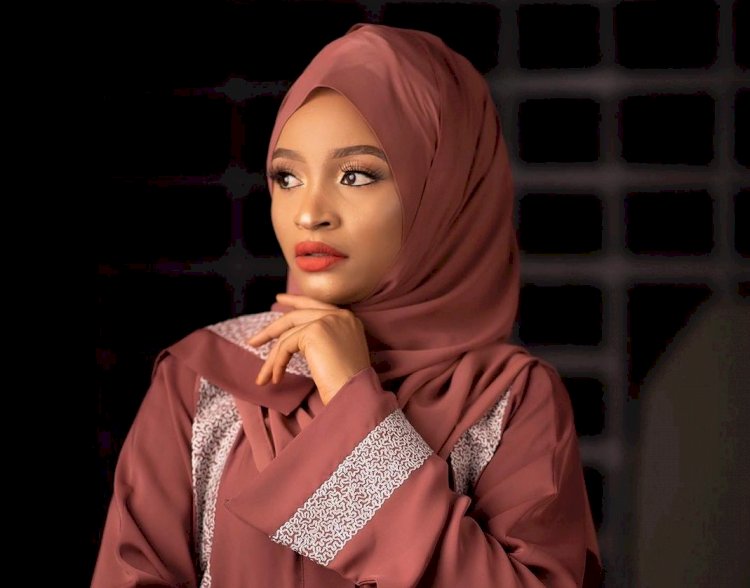 Rahama Sadau, a Kannywood actress, has come out to deny rumours making the round that she was arrested and sentenced to jail over the controversy that trailed her backless gown.

In a Twitter thread on Tuesday, the Hausa movie star called on the public to stop spreading “fake” news about her, while also wondering where the rumours emanated from.

Sadau further denied receiving any invitation from the police. The actress maintained that she is “safe and fine”.

“I have received many messages that I have been arrested and sentenced to jail earlier today. I have no idea where the news emanated from. I’m therefore calling on people to stop spreading FAKE and unfounded stories…,” she wrote.

“I haven’t received any police invitation or court trial. I’m reiterating this to well wishers that I’m SAFE and FINE and I have never received any legal trial for whatever reason. To those trying to bank on this issue to create an unrest, Please give it a rest..!!!

“It’s indeed a hard time for me. This is not the right time for FAKE NEWS. Much love to those who reached out, I’m grateful.”

The internet was earlier awash with rumours that the actress was to face a death sentence over allegations of blasphemy.

The film star’s backless dress had elicited mixed reactions among several conservative Muslims, some of whom quickly condemned her as having committed “haram”, an act that is forbidden by Islamic law.

It had also prompted the Motion Picture Practitioners Association of Nigeria (MOPPAN), an umbrella body of northern filmmakers popularly called Kannywood, to hand the actress her second suspension in four years.

In October 2016, TheCable Lifestyle had reported how Sadau was expelled from Kannywood for “hugging and cuddling” in a music video.