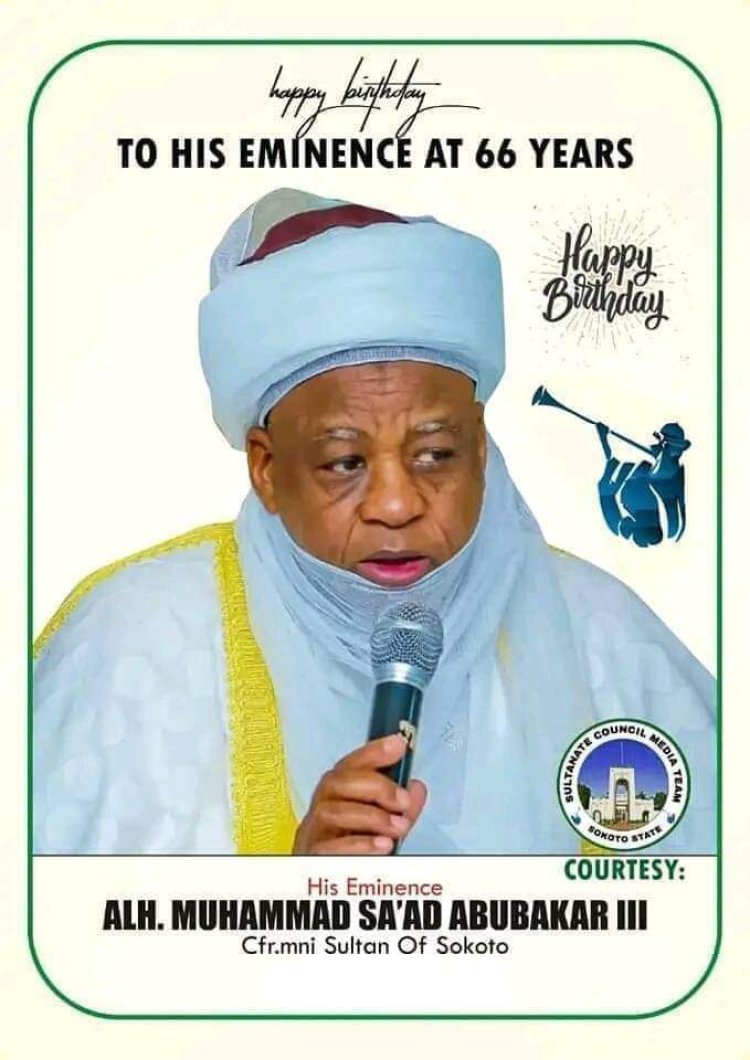 President Muhammadu Buhari has congratulated the Sultan of Sokoto, His Eminence, Muhammad Sa’ad Abubakar III, on his 66th birthday, Aug. 24.

In a congratulatory message issued by his spokesman, Femi Adesina, on Wednesday in Abuja, the president joined family members, friends and Muslim Ummah in celebrating with the spiritual leader.

He noted with delight that the Sultan had continued to champion the cause of peace and unity in the country by regularly counselling institutions, professionals and public servants to abide by acceptable standards.

Mr Buhari also extolled the Sultan for his patriotic role in always advocating for a better Nigeria by working with religious, traditional and political leaders to always guide followers in making right choices that safeguard and ensure a brighter future.

The Sultan is also the revered leader of Nigerian Supreme Council for Islamic Affairs, NSCIA.

The president acknowledged the maturity and selflessness of the Sultan of Sokoto since he ascended the throne in 2006.

President Buhari prayed for the wellbeing of the spiritual leader and his family.

Wike Has Agreed To Work For Tinubu — Masari

Pastor 63-Year-Old Dragged Through the Mud for Allegedly...