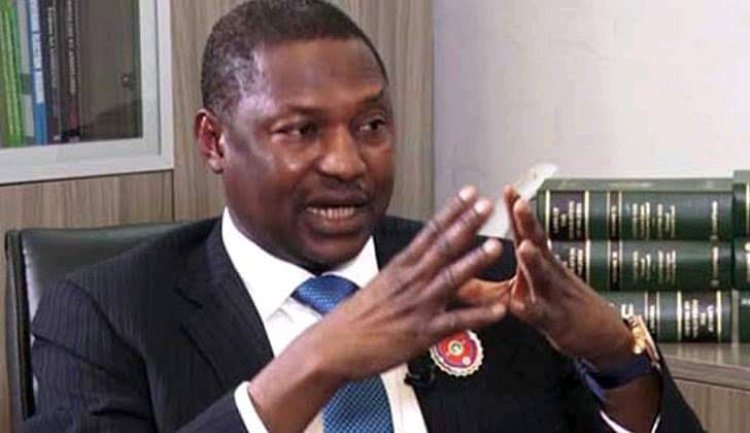 The Federal Government position on the fate of separatists’ agitators – Nnamdi Kanu and Sunday Adeyemo (a.k.a Igboho) – made public yesterday by Attorney-General of the Federation and Minister of Justice Abubakar Malami.

Malami also spoke on Deputy Commissioner of Police (DCP) Abba Kyari extradition matter and the allegation by Senator Rochas Okorocha that he is being persecuted.

The AGF spoke last night on the Channels Television programme.

Malami said he received the reworked Electoral Bill yesterday from the President for review and advice.

He ruled out any federal government intervention in the trial of the Independent Peoples of Biafra (IPOB) leader Kanu and Yoruba Nation agitator Igboho.

Kanu is facing treasonable felony charges in Abuja. Igboho is being detained by the Republic of Benin authorities over alleged illegal possession of travel documents and entering their country illegally.

“In the cases of Sunday Igboho and Nnamdi Kanu, there is no political solution as they are both facing trials. Igboho – in a foreign land that has its own laws and strategies of delivering justice.

“We can only bring Sunday Igboho back to Nigeria after conclusion of his trial in the foreign nation. So, there is no possibility of political solution now on his case. The same thing applies to Kanu Nnamdi, whose case is the court is going on naturally.”

On the allegedly implication of DCP Kyari in Hushpuppi’s case, Malami stated: “Multiple jurisdictions are involved. So, within the context of the case, the international community is doing everything to ensure justice is done in the case.

“For now, there is a prima facie case of suspicion established against DCP Abba Kyari on the allegation of corruption involving Hushpuppi, though there is no sufficient evidence to proceed with criminal proceedings against him.

“Nigeria is supportive to other international bodies to stamp out corruption. Generally, we are working on the matter and we are giving all necessary supports.”

On the reworked Electoral Bill, Malami said: “It will be premature for me to comment on it as I have not internalised the re-worked Bill.  Certainly, if I am not satisfied with the Bill, and if it fails to care of the national and public interest, I cannot do anything against the public and the national interest, though this government is eager to leave an improved electoral system.

“My office is a constitutional office and it is guided primarily by public interest and national interest in whatever action I take,” he said.

“You can’t stop anyone from making allegations, but this allegations should be looked into and fact-checked so the needful can be done in terms of ensuring justice and fairness.

“The government checks activities irrespective of who is involved and ensures a balance of in the delivery of the justice.”

On Magu, the AGF dismissed the allegation that the former EFCC chief was being subjected to political persecution.

“But as a constitutional government, we must allow the institutions to do their job. So, what I can say on the matter is that the case is a work in progress.”

Rejecting the corruption index rating of Nigeria by the TI, the minister said the Global anti-corruption coalition lacked the wherewithal to rank the President Buhari administration low.

He said: “From what we have been doing in terms of convictions we had in 2021, it is clear that, the TI rating had no basis. The government, through the EFCC got more than 2000 convictions of high profile cases in 2021. So, there is no basis that the report of the TI can stand.

“When we talk about the United Nations (UN) rating, TI report cannot stand. UN on drugs and crimes have refuted the report of TI’s report.

“Even African nations spoke with one voice commending the government of President Muhammadu Buhari as far as fight against corruption is concerned. There is a movement as far as we are getting more convictions of perpetrators of corruption. This government is doing well in terms of prevention and prosecution of corruption cases.”