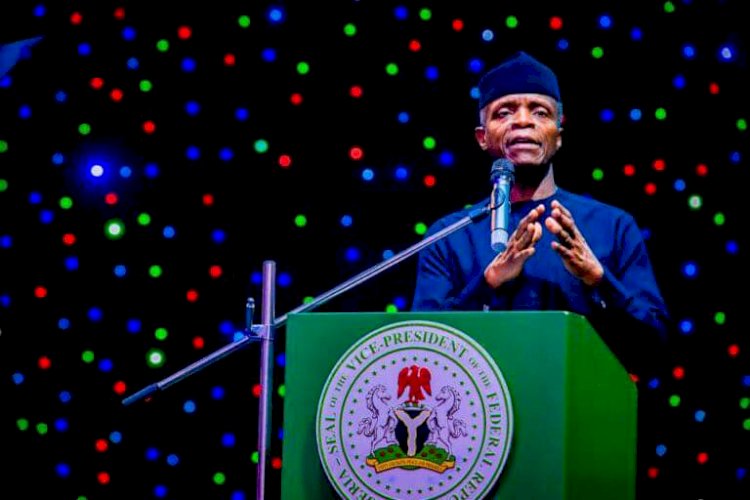 Vice-President Yemi Osinbajo says the greatest nations in the world are multi-religious and multi-ethnic, and as such, threats to Nigeria’s unity must be resisted.

The vice-president stated this on Wednesday, when a delegation of the Arewa Concerned People for National Unity and Religious Tolerance, a non-governmental organisation from Kano, paid him a courtesy visit at the presidential villa.

In recent times, secession agitations have heightened in the southern region of the country.

Speaking on the development, Osinbajo noted that great nations in the world have witnessed the challenges facing Nigeria, adding that there is a need to prevent threats to the country’s unity.

“It is the duty of the leadership, not just political leadership, but also the leadership of social groups and organisations such as yours, to ensure that we are focused on these issues of unity and tolerance.

“As you know, religious tolerance and unity is, for me, a matter that goes beyond mere advocacy. I believe very strongly that the greatness of nations, wherever those nations may be, have always been on account of leaders who thought it fit to build those nations on the basis of unity and tolerance.

“I think that it is such an important issue that we cannot afford to discount it. There is a need for us to pay more time and attention to these issues in whatever way we can because every once in a while, we see some threats to the unity of our country, and we must not allow it to happen at all.

“We must continue, not just in the advocacy, but in action that will bring about unity and religious tolerance.”