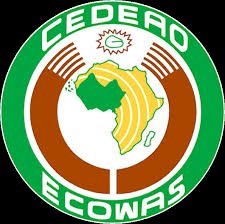 Once again, she missed an opportunity to be silent. To be silent for the right reason. Because it does it more often for the bad: neither on the bad governance of its member states, nor on the rapes against democracy, nor on the extension of unconstitutional mandates, real coups d’état, nor on the selling off of sovereignties. national to foreign interests, his voice never thunders.
However, here is that after a lamentable mediation carried out with great pomp, having mobilized nothing less than the five heads of state of the most powerful countries of West Africa, including its current president, the Nigerien Mahamadou Issoufou, it is therefore she who comes out of her burrow to add to the long list of her bankruptcies.

Imperitia
She is fishing out of indecency in this case without fear of increasing the signs of her lack of credibility, which has ended in discrediting her in the eyes of all the peoples of West Africa.
What is it about ? While the Malian people are rising up legitimately, weary of war, against the power of President Ibrahim Boubacar Keita, autistic, corrupt and having trampled all the rules of the electoral pact which allowed his accession to the head of this West African country 6 years ago, whose sovereignty and territorial integrity are nothing more than a farce, all that the Economic Community of West African States (ECOWAS) finds to do is issue a press release, shifted, against the grain of history in progress, but outrageously threatening, to threaten him with its wrath.
We have always known that ECOWAS was no more than a pale copy of the dream that had carried it on the baptismal font on May 29, 1975 when its founding fathers limited themselves, against bad luck not heart, around a project of Economic integration as a common denominator had thus created it by setting aside political issues, particularly democratic ones, in a context then marked by single-partyism and the reign of absolutist regimes in the hands of omnipotent leaders.
The project was deluded with the rapid adoption of the first protocols on the free movement of people, goods and services within it, which were owed to its first Executive Secretary, Ivorian Diaby Ouattara.
Then the cross-border road infrastructures, over long distances, made us forget his silences on the democratic aspirations which worked his people in these first years of lead corresponding to his beginnings.

On the spot
Fast-forward. In projecting itself into today’s ECOWAS, its steadiness embodies its gradual decay. Its uselessness and the smallness of its budgetary means which make it survive rather than exist have turned it into an institutional mummy.
It is no longer useless and its meetings or missions of all kinds have only one consequence which is to erode its legitimacy until it leaves only a thin invisible layer.
Apart from a normative zeal to endow it with all kinds of texts as well for democratization, crisis management in the region, the creation of a regional currency, or the institution of a community bank, a parliament and a court of justice, nothing in it reassures.
She purrs. Nothing has changed since in 1996, after having been in it for 4 years, I was the first director of the institution to slam the door so as not to cover his lethargy and his only expertise which was to make his officials of the pierdiem hunters while its heads of state knew they were covered in a trade union logic based on mutual aid, first by starting to act against the countries and peoples of the region.

Her mediations are failures and she never takes a stand against the powers that be, whatever their wrongs. In Liberia, despite the praise for its peacekeeping operation in place, it prolonged the conflict for several years. In Sierra Leone, only the grip of dictator Sani Abacha and the support of Great Britain made it possible to stop that country’s descent into murderous hell. In Togo, ECOWAS has become an accomplice in electoral tampering. In Ivory Coast, it allowed itself to be overwhelmed by the civil war until France intervened by covering itself with the blank check of the international community. In Guinea Bissau, she has been unable to clarify the local situation and has been a force for more harm than good. Senegal is distinguished by the rapes of the decisions of its court of justice and by its disrespect for the community where it has placed at the head of the community parliament one of its most earthy politicians. On all fronts, in a word, ECOWAS rhymes with failure!

It is therefore in its role, its sad role, by failing to understand the crisis shaking Mali.

By resuming its old-fashioned antiphon which proclaims its refusal to overthrow powers elected by the street, regardless of the legitimacy of the demands that carry it, the leaders of ECOWAS have again missed the point.

Train of history
In truth, they missed, once again, the train of history by trying to come to the aid of a Malian president who lost all reason to stay in place, hated by all, having stolen the ballot to get himself “re-elected ”, Nepotic and corrupt, and which has become a danger to the national stability of his country.

ECOWAS has forgotten that the principle of democratically elected constitutional orders is sacrosanct only on the condition that they are backed up by a practice and values ​​consistent with the republican pact that enabled them.

Such is not the case. However, lawyers know it: in the law, the codification and adoption of new standards can give rise to legitimate insurgencies. To serve as receptacles for the emergence of new political regimes whose recognition, provided for in international law, may signify the official disuse of those on the ruins of which they were born.

It is precisely because civilians have not lived up to the conditions under which the former Organization of African Unity (oua), ancestor of the African Union, adopted a resolution in June 1999 in Algiers. forcing the return of the military to the barracks that they are leaving these days to the cheers of the crowds. As the Malian case proves …
So let’s be clear: because the officials of ECOWAS, smart and defenders of class interests in the vile service of the anti-democratic powers which, from Mali to Senegal, from Côte d’Ivoire to Guinea and everywhere else in Africa, The West holds under the extinguisher, under their knees, the West African peoples and their ambitions of democratic excellence as much as of material well-being, it is normal that the revolt is organized.
The law is not against it. All over the world, no nation has developed without sometimes fighting with arms in hand.
The new West African day will be shattering or it will not be. Tigadegueh’s vertigo is therefore lacking in neither flavor nor sex appeal: it is a model to be copied with all due respect to the marginalized of history asleep in community or national palaces.
ECOWAS, wake up: you are outside the nails of an inevitable story in motion. The train is on its way. Speeding. On the quay, the eternal latecomers are content to issue inaudible statements, without taking on travelers who have their minds on another, better future …

Regardless of IBK’s fate, ECOWAS is a collateral victim of its massive and popular rejection by a windy Malian people, determined to write history ….

* Adama Gaye is the former director of communications for ECOWAS. “

Nigerian Ambassador to Jordan dies at 75