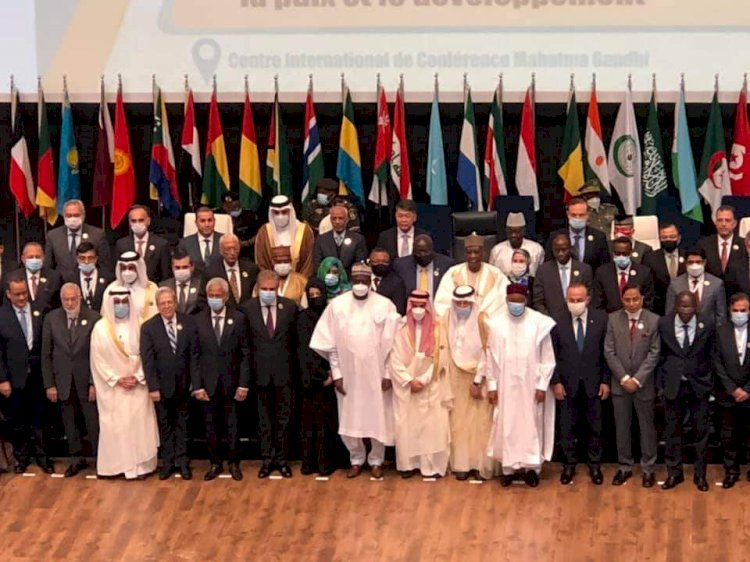 Two senior executives of the Secretariat last week joined a high level Gambia government delegation to Niamey, Niger to attend the 47th Session of the Council of Foreign Ministers of Organization of Islamic Cooperation (OIC).

The opening of the plenary assembly was presided over by the President of the Republic of Niger, H.E. President Mahamadou Issoufou.

The Gambian mission was led by the the Minister of Foreign Affairs, Hon. Mamadou Tangara. The  Project Manager, and Brand and Communication Manager, Mr. Ebrima Colley and Mr Nfally Fadera, respectively, represented the Secretariat at the event.

The meeting discussed several issues of pertinent concern to the Islamic Ummah including the human rights case filed by The Gambia at the International Court of Justice in the Hague against Myanmar for acts of systemic violence and genocide against the Muslim Rohingya minority. The Palestinian Cause, terrorism, islamophobia, and religious defamation were also discussed.

The Niamey Summit also witnessed the election of H.E. Ambassador Hussein Ibrahim Taha of the Republic of Chad as the new OIC Secretary General for a five year term.

The OIC is the second largest inter-governmental organization after the UN with 57 member states.