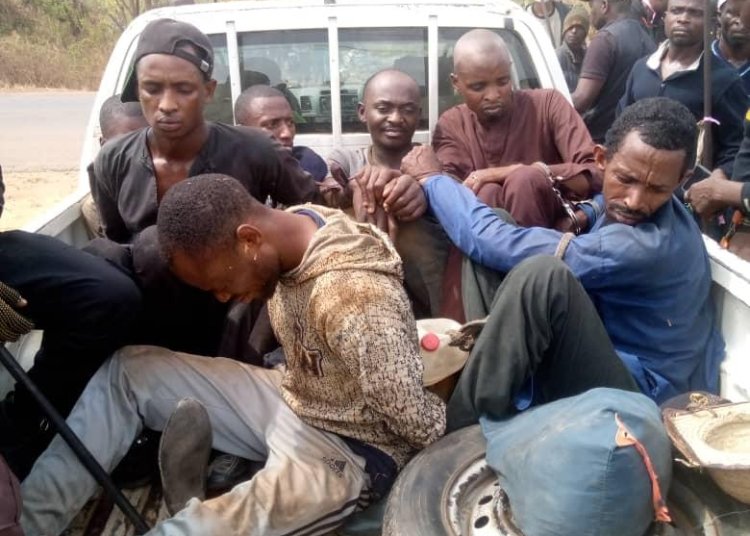 They were nabbed following a raid of their hideout in a forest where they allegedly keep their victims.
The axis has lately become notorious for kidnapping activities, with some of the victims found dead even after payment of ransom.
Some of the dangerous weapons allegedly recovered from them include guns, knives and cutlasses among other weapons they used to perpetrate their crime.
The Kwara State Vigilante Commander, Alhaji Saka Ibrahim, confirmed the incident during a telephone chat with Daily Trust.
According to him, “Seven were arrested on Tuesday while three were nabbed on Wednesday. But our men are still combing the bush. We will hand them over to the police when the come out of the forest.”