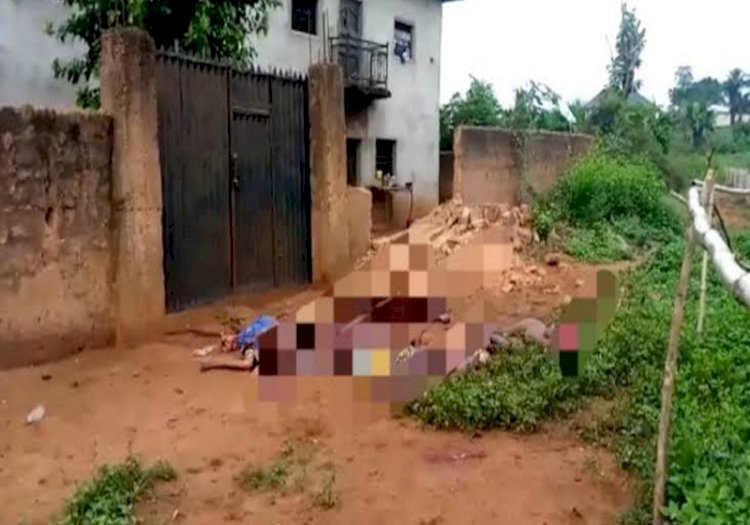 Alhaji Suleiman Yakubu is the National President Gan Allah Fulani Development Association of Nigeria, who lives in Osogbo, Osun State. In this interview, he explained how a family of 19 Fulani herders were recently killed by militants suspected to be members of the Indigenous People of Biafra (IPOB) at Igbariam village of Oyi Local Government Area of Anambra State.

How did you learn of the incident in Anambra State?

I was called in the wee hours of Monday, April 26 that the house of Ibrahim Medium was attacked and 19 of his family members were killed including him. The gory event occurred on Sunday night so I was called around 2 am on Monday that IPOB members attacked the house. It was only one person who escaped. I was called because Ibrahim was married to my wife’s younger sister. The wife was not at home when the attack occurred. There were 20 people in the household and the attackers killed 19. The person who escaped went out to get something before the attackers stormed the house.

How ex-governors, others acquired 800 Dubai assets’ By Yusuf Alli, Abuja

He was on his way back home when he heard voices from the house and he hid somewhere. When the attackers left, he went on to discover that all of them were killed. Also, calves belonging to the family were mutilated. They were secured in confinement and did not pose any danger to the attackers but still, they were killed. The other cows were killed in large numbers.

I just spoke with a big personality there. He told me that the family of the women killed would find it hard to forgive the attackers. However, on our part, we are trying our best to look into how we can pacify their anger. But the act is despicable.

How many women were killed?

They killed nine women, six children, an elderly man (Ibrahim) and three adult males. Ibrahim had been living in the place for a long time.

Did you report the case to security agencies?

Yes, we did but we have not heard anything from them yet.

What is the situation of the Fulani there now?

There is tension among the Fulani due to what has been playing out in the South East. Even though some of them feel that if some people were asked to leave, they will not be included due to the years they had spent in the place. Over time, they have mingled and assimilated with the ways of the indigenes but now they have been condemned and no one knows who is next. Every Fulani in the state is now living in fear and most of them have left.

The man who was killed, Ibrahim Medium, has he lived there for long?

Yes. He used to say it proudly that he is safe and will not be chased away from the area because of how long he had lived there. Before his death, he saw himself as one of the indigenes of the place. He had been there since he was 25 years old.

How ex-governors, others acquired 800 Dubai assets’ By Yusuf Alli, Abuja

How I Was Abducted, Spent A Month In Kidnappers’ Den –...